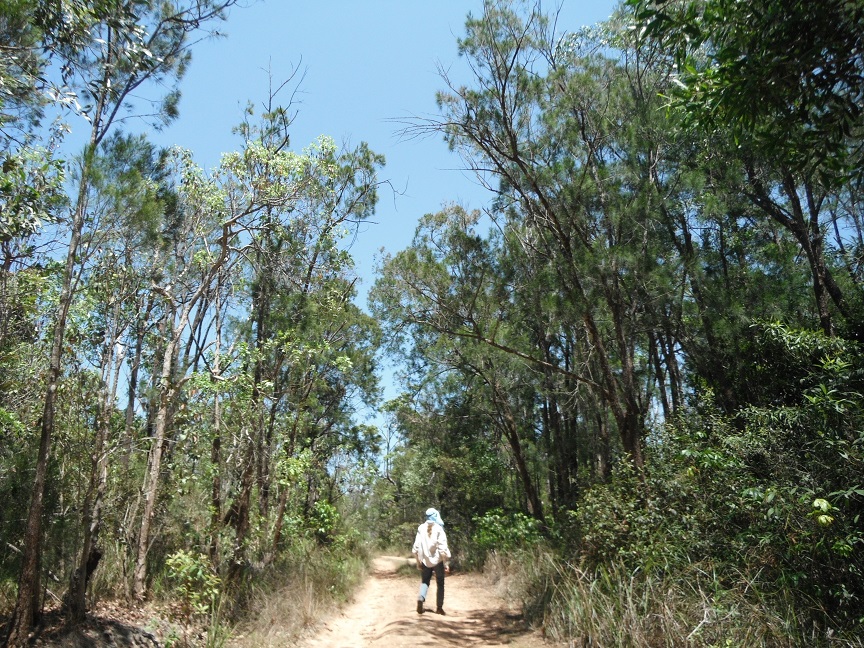 It seemed best to use 4wd vehicles for this trip because of the poor state of  the dirt road up the range. The trip was briefly cancelled, with only one suitable vehicle available, but then another one came forward. We still would have had to leave two people behind except a tough little Corolla volunteered to carry the extras and lead the embarrassed utes up the range. At the top of the range we stopped for morning tea in the shade of a much graffitied and bullet-holed old Forestry shed. What’s any sign or metal building in the bush for, if not for target practice? A native Cassia flowered by the clearing. 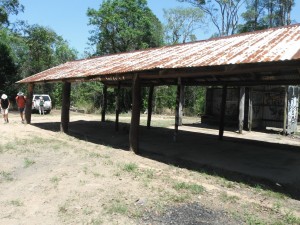 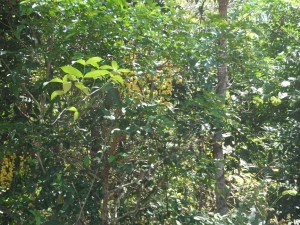 We walked a little way back down the hill towards a side track. On the way we were distracted by much bird sound in the tops of large trees each side of the road, but had trouble actually seeing any birds. Eventually one very tiny bird flew across the road and another was briefly visible showing a pale yellow belly. Unfortunately none of our best birders were present. A Weebill or maybe a White-throated Warbler? No one managed to get a good look as they zipped around among the leaves. It was late in the morning and these birds plus a pair of Dusky Honeyeaters were the only birds seen, and the bush was quiet. 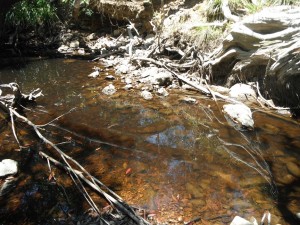 The side track had a gate across but no signs. A lot of the area is now Army land but they usually make clear where they don’t want people to enter, so we went around the gate. The vegetation included a lot of wattles, macaranga, forest she-oak, Lophostemon and palms, while Melastoma flowered by the track.

An observant walker noticed a splat on the ground similar to ones seen on the Edmund Kennedy walk, though containing different seeds, cassowary scat. We saw no other signs of cassowary but it’s good to know they are present still on Bluewater Range. Eventually we reached a small creek which is apparently part of Keelbottom Creek and which still held a small amount of water. The area had received very little rain for months and only a brief shower a fortnight before. The creek banks had a number of Tristaniopsis exiliflora whose interesting trunks attracted attention. This species had been noticed in creeks along the Dalrymple track on a 2016 outing.

Finally we reached another gate which suggested the Army would not welcome the uninvited, so turned back. We straggled back to the shelter, stopping at occasional plants that individuals had missed on the first pass and wanted someone to identify, then had a leisurely lunch. The quiet was occasionally wrecked by trail bike riders roaring past in clouds of dust (but none carried rifles which is always a good thing).

For some reason the road down looked worse than it had coming up, but apart from that one rock lurking in the middle to catch a low Corolla again, it wasn’t a problem. It has since been revealed that the Corolla is an honorary member of a 4wd club and an experienced dirt demon. 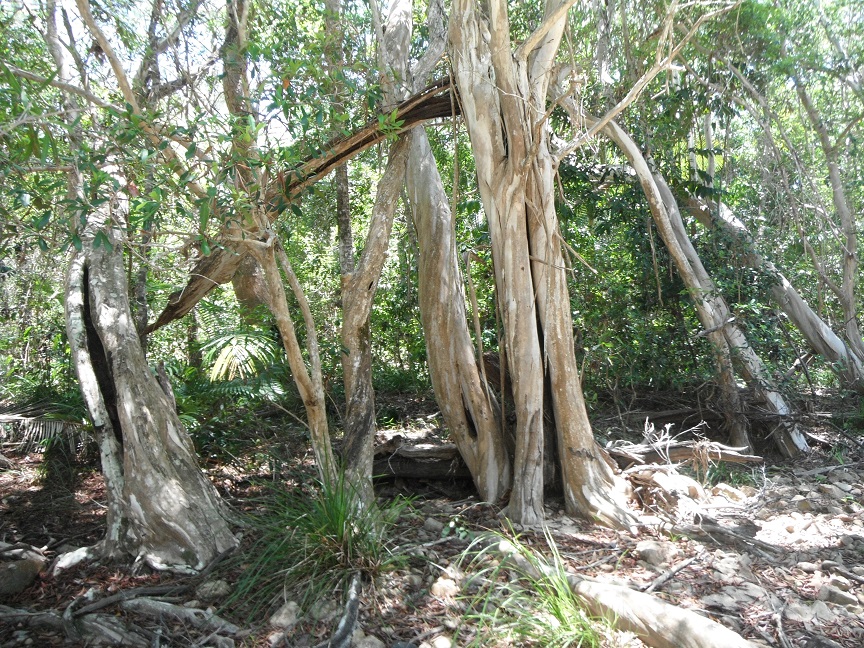