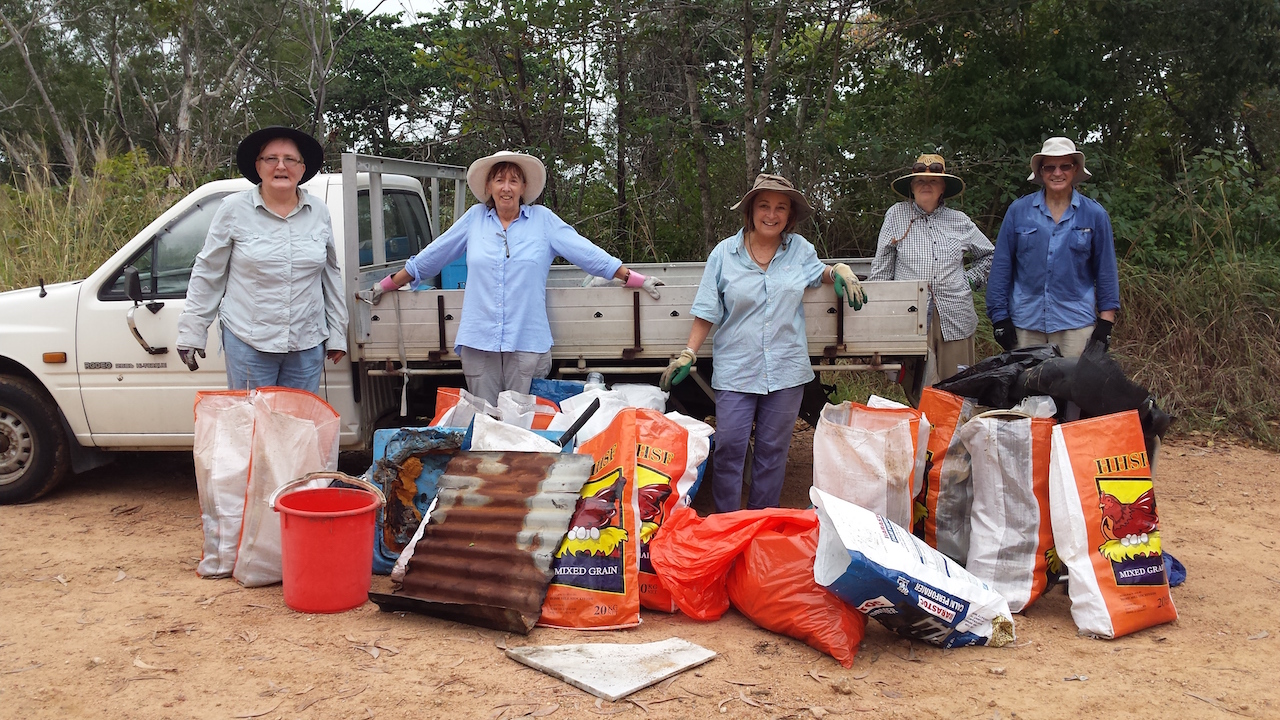 Some of the group survey their haul. Photo Chris Gordon.

A small but eager group turned up for our beach-cleanup at the end of May. The beach selected was one that we last visited in 2013, which is backed by a lowland section of the Paluma Range National Park, formerly part of Clemant State Forest. Although the beach itself was clean, at least below high water mark,  areas of the dunes and vegetation behind the beach, and the campsites, had been treated as rubbbish tips.

Equipped with gardening gloves, a pile of empty chook food bags, and a large bucket (for broken glass), we set to work soon after 9am. Within the next two and a half hours we had filled 18 bags with an assortment of cans and bottles (glass and plastic) and other smaller items. Large items were lugged back to the waiting ute. As far as possible we tried to separate recyclable materials but some of the plastic items were so degraded they were beyond hope of re-use in any form. 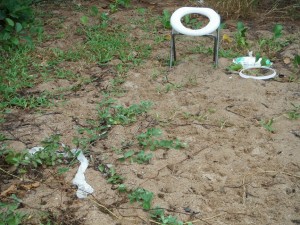 It beggars belief that people cannot take the trouble to dig a decent latrine in the soft, sandy soil, or to stow their litter in bags that can be taken out with them when they leave. It should not be the responsibility of local authorities or our hard-pressed National Parks Service to clean up after people too lazy to do it for themselves; on the other hand more regular patrols of these off-the-beaten-track beaches might be the only way to keep them healthy and safe for both people and wildlife.

We were too exhausted after our efforts to do much in the way of wildlife or vegetation observations or photography. I did manage a quick check of the saltpan which evidently gets used by trail and quad bikes and the the like but it seemed to be clean though there was evidence of fire at one of the access points behind the beach.

An account of our activity, with photo, appeared in the Townsville Sun on 31/5, with the editor showing a keen interest.  It would be a pleasanter world if such activities were not necessary, but since they are, we proved that clean-ups can be fun, give a satisfying glow of time well-spent and get us brownie points in the community. We should aim to do at least one a year.

Thanks to Chris, Denise and Margaret for their photos. The story of Chris’s lost and found phone is almost worthy of its own post! 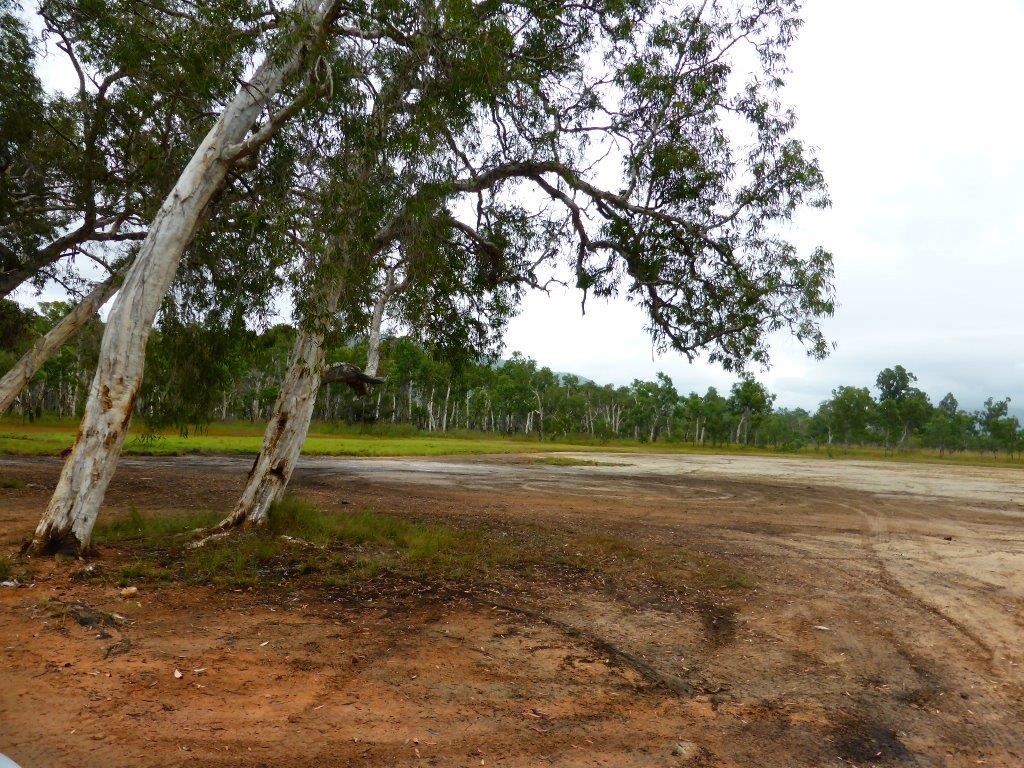