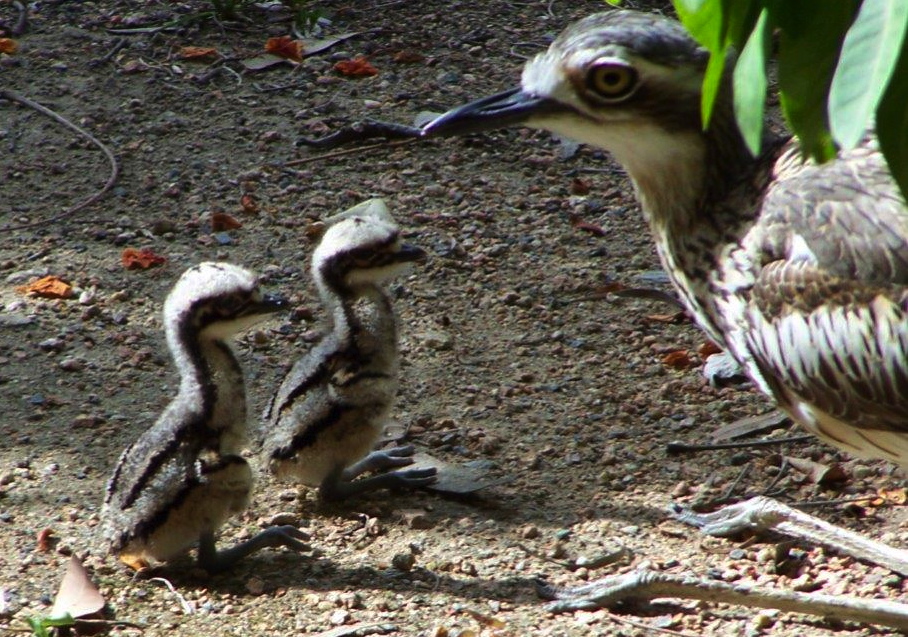 It’s tough being a curlew! A recent ABC news item featuring Townsville wildlife carer, Sarah Luke, reported that the continuing drought (yes, even despite the handful of showers we’ve had since Christmas) is bringing problems for our population of bush stone-curlews. This spring and summer Ms Luke has had an unprecedented number of curlew chicks come into her care after apparently being abandoned by their parents. She believes the lack of food resources, caused by the drought, is the cause. Do click on the link for the full story.

Meanwhile, some of our members who are fortunate to have curlews breeding in their yards report variations on the theme. In Mundingburra, Jackie and Ken have had no survivors from the two clutches hatched this season. The first two eggs hatched on 29 September but within a week one had disappeared. Sadly, a few weeks later the survivor had to be euthanased after a broken toe prevented it from walking. In late November a second clutch of 2 eggs hatched but between 15 and 28 December first one chick and then the other disappeared. Jackie and Ken have found that such high mortality is not unusual and in suburban areas cats, dogs and cars all add to the more ‘natural’ threats (snakes, owls). At last report the parent curlews, perhaps wisely, have not attempted to make it “third time lucky”. 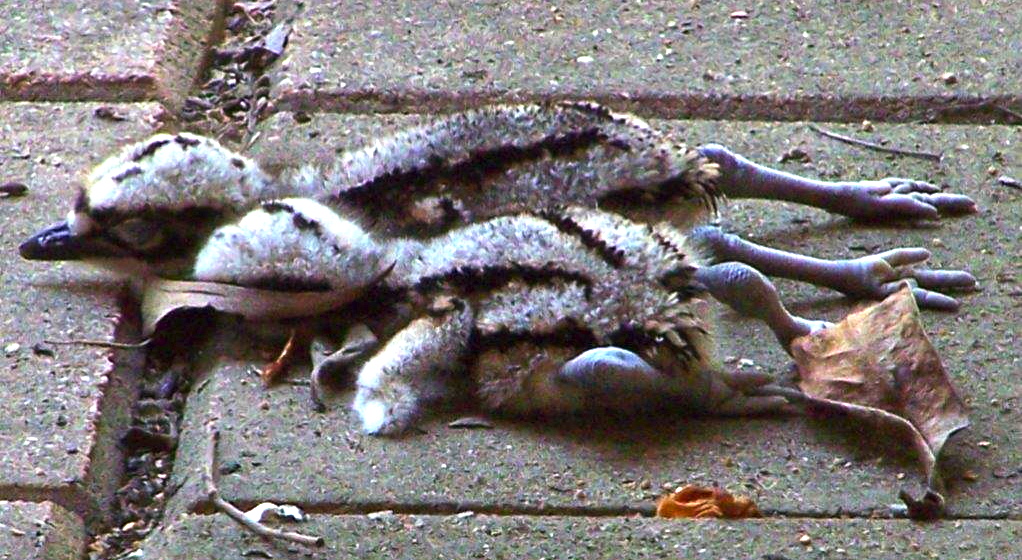 Out at Mount Low, Laurie has a slightly happier story. Of the two chicks hatched in early spring one survived and so far both chicks from the second clutch are doing well. Photos on this page show the second pair of chicks, taken a few days after hatching at the end of November. Laurie’s practice of offering supplementary food – chopped ox heart, as used by Ms Luke for the birds in her care – may well provide an advantage, though we would not advise anyone to start feeding wild birds unless they know exactly what they are doing.

The bizarre habit of the chicks lying prostrate on the ground (shown above) is presumably a defence mechanism – but as my grandchildren discovered recently when they inadvertently stumbled on a pair of curlews (presumably with young, though these were not seen), the most powerful defence comes from the curlew parents. To have two adult curlews fly directly at you with those huge wings flapping and big eyes staring – not to mention that stout beak! – would be unnerving for a human adult, let alone a 7-year-old!!