Welcome to our June update – hard to believe we are already half-way through what has been a very strange year. Unfortunately, while the “lockdown” of human activity enabled many wildlife species around the world to temporarily reclaim spaces where our presence, noise and pollution had made them unwelcome, none of the environmental problems actually went away. So, do we have a new normal? Or just the old normal viewed through a slightly different lens? I am sure many of us have been thinking “if only” we could address climate change or the extinction crisis with the same resolve (and the same reliance on expert scientific advice) as we have seen applied to that puzzling virus. One item below might help you articulate those thoughts in conversation with your friends or workmates …

June 19th Climate Conversations: Hosted by NQCC this FREE session will help you talk about climate change, or other environmental issues, to workmates, friends, family – or even strangers. Some of those who have attended previous sessions put their skills to the test at Cotters Market with great results: many valuable discussions taking place and everyone walking away “with inspiring visions in their heads and a warm glow in their hearts.” Go to the NQCC website, scroll to Convo Training and book a place at either 10am or 7pm this Thursday.

June 21st Field Trip: Bushland Beach ~ After a 4 month drought on outings (February’s trip barely got started before heavy rain forced its abandonment and our plans for March were cancelled at the last minute) we are ready to get out in the bush once more. Please note two important points 1) You MUST advise us if you plan to attend so we can keep within the COVID-safe limit of 20 people and 2) Please DO NOT attend if you feel even slightly unwell and/or have cold or flu-like symptoms. 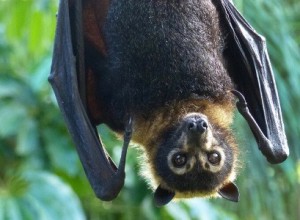 FNQ “Speccies” in danger: The Cairns Regional Council is pushing ahead with plans to disperse the CBD Spectacled Flying Fox roost after the federal environment department approved the “relocation plan” put forward in January 2020. (Adding insult to injury, this approval was announced on Endangered Species Day!).

This species was listed as Endangered in 2019, but as this was based on the data available in 2015 and took no account of the continuing population decline in the intervening years or of the mass deaths in 2018 where 23,000 animals died in one week of extreme heat, flying-fox experts now believe the species meets the criteria of Critically Endangered, and should be up-listed. Our environmental laws and governments are failing to protect these highly intelligent animals whose survival is vital for the Wet Tropics because of their role in pollinating and propagating rainforest trees. The Council’s  “relocation” plan is not well-informed and its methods are likely to be ineffective and costly.  What you can do:

How’s the Reef faring? The cooler temperatures which have prevailed over the last few months have provided some stress relief for the many areas of the reef that suffered moderate or severe bleaching over the summer. In February the sea surface temperatures reached heights never before recorded but, unlike the back-to-back bleaching events of 2016 and 2017, when the waters remained at 2° or more above average during the 2016 winter, this year they have cooled to be at, or even below, the average. According to GBRMPA chief scientist, Dr David Wachenfeld, this is good news and gives reason for hope. Nonetheless, the Authority is desperate for information from anyone who is going out on the water or visiting reefs or islands along the length of the GBR – if you are one of these, or know someone who is, do take the time to download the Eye on the Reef app so that what you see can be shared with the scientists. You don’t have to be a scientist yourself or an expert of any kind – even small observations can help build the bigger picture of the Reef’s overall health.

DMPs – Why the secrecy??   Are you aware that hundreds, or even thousands, of lethal or non-lethal Damage Mitigation Permits are issued by the State Government each year allowing landholders, local authorities or others to “take” or kill native animals? Probably not, since the Government does not make such data readily available. It can only be discovered via a Right to Information request (similar to FOI) which is costly, takes a considerable time and may not reveal complete information. While we accept that some of these permits may be justified, we see no reason why Queensland cannot follow Victoria’s example of making this data public. We have indicated to the Minister that we believe the information is in the public interest and sould be published. We are grateful to our member Dominique Thiriet for drawing our attention to this lack of government clarity and the need for change. 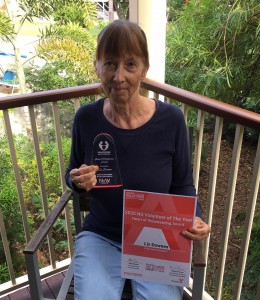 “Heart of Volunteering” Award: On 21st May, a small group gathered at NQCC’s offices to watch the Annual Award ceremony of Volunteering North Queensland (VNQ) – which this year was held as a virtual event. Attendees represented three organisations – Wildlife Queensland’s Townsville Branch, North Queensland Conservation Council and James Cook University’s Mabo Library – who had together nominated WQ’s Liz Downes for the 2020 Heart of Volunteering award. This is presented each year to someone who “personifies the definition of volunteering”. Liz’s volunteering effort on behalf of nature and wildlife conservation extends over approximately 40 years and since 2012 she has been a member of JCU Library’s Special Collections volunteer team. A great cheer went up when, towards the end of the ceremony, Liz was announced as the recipient of this year’s award. While Liz was a somewhat reluctant nominee (and a very surprised winner!), being aware of the amazing work being done by so many volunteers in our community, she was touched by this honour and happy to accept on behalf of the wider conservation movement in the north and of JCU Library’s wonderful efforts to conserve and celebrate the region’s human history and culture. Contributed by Peter Hanley, NQCC President and award nominator.