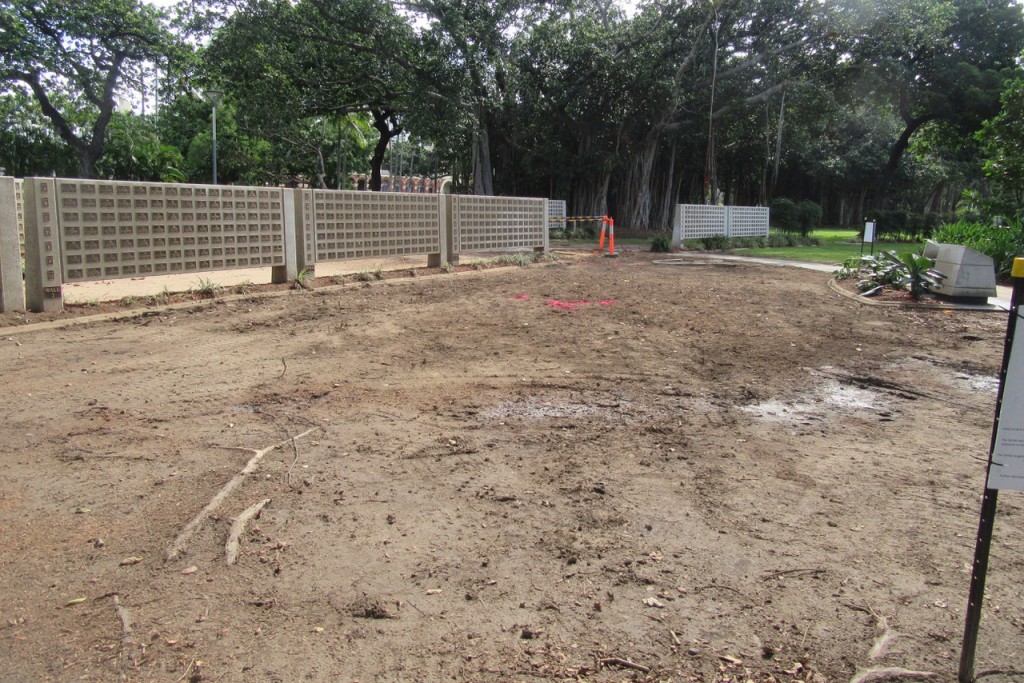 A huge gap, and a big loss of shade is the legacy of the trees’ removal. LD photo.

On 20 March we were shocked to learn of the loss of two beautiful trees (Ficus benjamina) from Anzac Park, where they had graced the Garden of Remembrance.  The Garden features curving walls, displaying hundreds of small  plaques, honouring veterans who survived their service in overseas conflicts but who have since passed away.

The trees’ destruction came at the request of the Office of Australian War Graves (OAWG) who claimed they had “outgrown the area” and were threatening the infrastructure of the Garden. Weeping figs are vigorous growers with wide spreading branches which support a dense ‘weeping’ foliage from which their common name is derived. Yet, despite their rapid growth and potentially invasive roots, they are known to be highly resilient and can well sustain substantial pruning (they are a favoured species for topiary), making it possible to trim or remove any problematic roots or branches without damaging the tree. 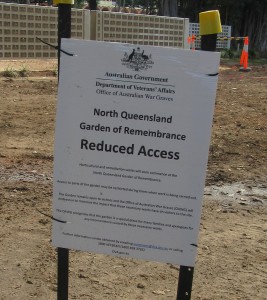 We have to ask why the decision was made to remove two mature and valued trees when problems surely could have been managed by judicious pruning?  Where is the evidence that the impact was already so serious, or potentially so serious, that total removal was the only course of action? Regular park users reported seeing no  problems that could not have been dealt with by much less drastic work.  Does the OAWG have other plans for “developing” the Garden, for which these trees might simply have been in the way? If so, what efforts were made to adjust or redesign plans to incorporate the trees rather than eradicate them? And why was so little notice given to our community as to what was about to happen to these heritage trees – Council issued a media release on March 16th and within 3 days they were gone.

At the media event and vigil held on March 26 we learned that, because Anzac Park is listed on the Queensland Heritage Register, the Council needed to apply to the Department of Environment and Science (DES) for an exemption certificate under the Queensland Heritage Act in order to remove the trees. It was astonishing to realise that this Department, which is charged with protecting Queensland’s heritage, apparently gave its approval without any requirement for further investigation or consultation with the community.

As the final ‘arbiters’, Townsville City Council could have vetoed the plans but, again without any reference to the community, they approved the removal – with one noteworthy exception. Councillor Greaney claimed that a very large banyan fig adjacent to the Garden had also been in OAWG’s sights, but that Council had said “No” to this. Ironically, 30-plus years ago (who remembers the 100,000 Trees for Townsville campaign?) the Council did have legislation addressing the need to protect the city’s trees but these by-laws seem to have disappeared years ago. This is simply not good enough.

Speakers at the vigil stressed the importance of our urban trees which perform so many vital roles – not the least of which is their contribution to cooling our rising temperatures. As we all know, they also store carbon, reduce pollution, add beauty and shade to the city landscape and support a great variety of wildlife. They provide opportunities for education, reflection, recreation and celebration and inspire our creative imaginations in a variety of ways. They are essential for children’s development through play and adventure.

We can never bring back those fallen trees, but we can try to prevent such action being taken again and insist on full transparency and community input. These are two things you can do right now:

1. Sign the open letter to the Office of Australia War Graves, Dept of Environment and Science and Townsville City Council. Click here to read and sign.

2. Sign the e-petition on the Council website which calls for the re-instatement of previous tree protection by-laws and the establishment of a register of significant trees within the city’s boundaries. This petition asks you to enter your name, address and council division (if you know it) but only displays your initials and suburb. Click here to read and sign.  (You do not have to be a Townsville resident to sign)

If you want to send a more personal and direct response you can email the following: Office of Australian War Graves: WarGraves@dva.gov.au and/orTownsville City Council: TCC-Enquiries@townsville.qld.gov.au and/or Dept of Environment and Science via their complaint form. 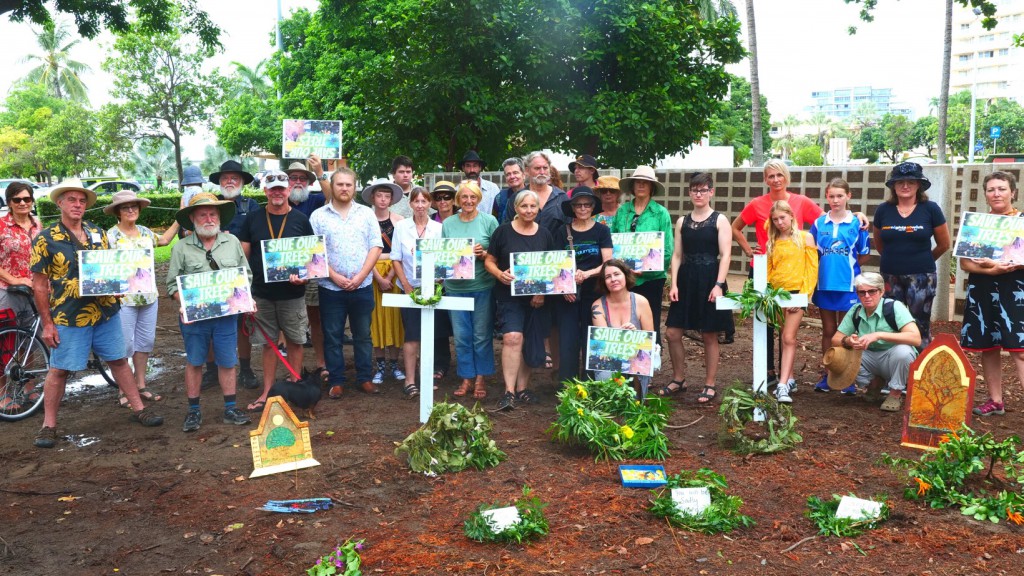