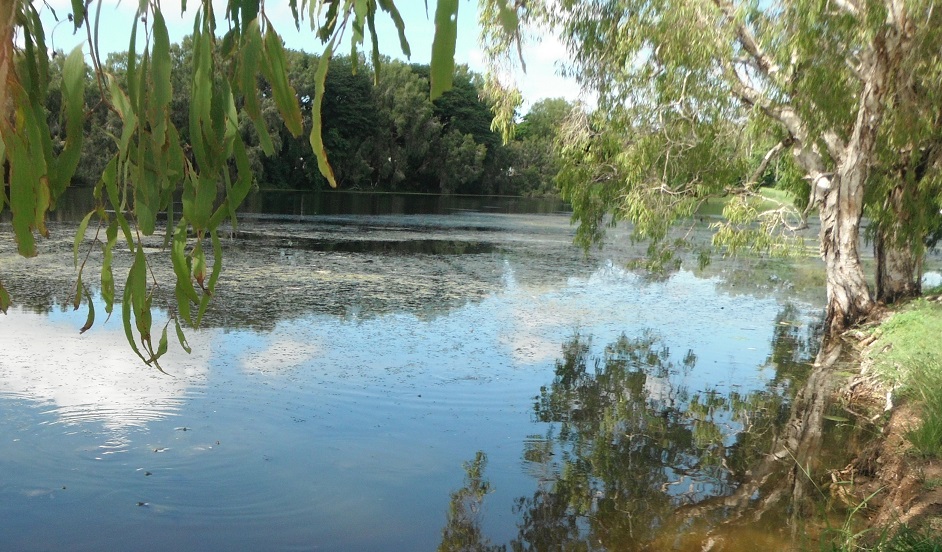 A peaceful stretch of Ross River from the Aitkenvale bank,  Photo DS

The first outing for the year was a pleasantly shady stroll from Rossiter Park to Aplin’s Weir. We started on the paved path but then moved onto the informal track close to the river bank. This often ran through much denser vegetation and eventually along a small anabranch and through the Bush Garden, just upstream from the weir. Early on, a Pacific Black Duck (whoever thought they looked black?) swam upstream followed by ducklings and disappeared out of sight. Unfortunately they were the only ducks present on that stretch of river while we were there, but  a few magpie geese, intermediate egrets, a pelican and darters were about. 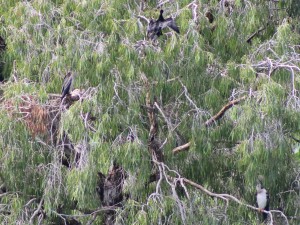 The darters have a Melaleuca leucadendra on the south side of the river where they are reported to regularly nest, and several birds were seen there.

A tiny inlet in the bank is apparently an area where people regularly ply turtles and ducks with that popular junk food, white bread. As we stood there, breadless, turtles started appearing, first just one or two but then at least a dozen heads were popping up before we moved on. Among the turtles were a number of small archer fish who presumably have also developed a bread addiction. Without bread we couldn’t test this hypothesis and they may have been innocent byswimmers.  All along the freshwater sections of Ross River wherever there’s a spot convenient for humans, turtles are fed regularly and start moving in as soon as one notices a stationary person.These short-necked turtles Emydura macquarrii krefftii seem to have a wide distribution and are common here, but many other species of turtle are in decline. In the hope of getting data on freshwater turtles a website TurtleSAT (turtlesat.org.au) has been set up so the public can enter turtle sightings and photos. If you notice turtles, especially away from hotspots like Ross River, it would be useful to document them. 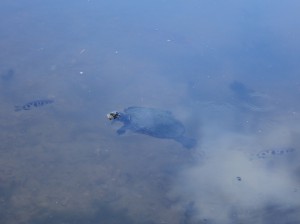 Along the river bank Melaleucas predominated, mainly M. leucadendra, but Beth pointed out a specimen of M. fluviatillis with its much narrower leaves. One large tree sheltered a small possum in the fork, only part of its back visible. Once onto the dirt path, there was more diversity: macarangas, sandpaper figs and Morinda citrifolia  (of the smelly fruit) among others. Large Eucalyptus tereticornis grew further from the water. During the 2019 flood large areas outside the main channel were inundated, and in following months large numbers of seedlings, mainly melaleucas and eucalypts sprouted, often in areas regularly mowed.These have been nurtured and protected by Sarah, a local resident and one of our supporters, who walked with us. She not only coordinated with council, and their contractors, so they avoided mowing them, but over the following two years has kept them alive during the dry, and well weeded, with a few other locals also helping informally in adjacent areas. Since the start of the wet, most of these saplings are growing well and it will be interesting to see them in a few years time. 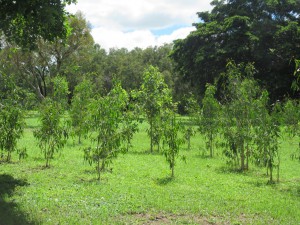 Along the river banks are big patches of lotus Nelumba sp and both Nymphaea and Nymphoides water lilies. In many parts of the river large areas of the surface are covered with introduced Salvinia which the council has been trying to remove using different methods for years. The floods did a better job than the council, washing it and the masses of introduced hyacinth downstream past the weirs and into saltwater, but that was just a temporary fix. 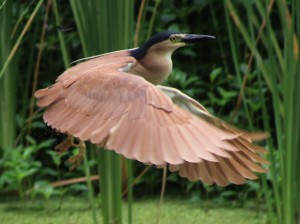 The denser vegetation between the paved track and the anabranch, which forms the Bush Garden Landcare site, featured many more small birds, both heard and seen, including kingfishers, brown honeyeaters and sunbirds. We should all appreciate the community initiative back in 1994, which saw this area protected and restored. Tetragnathid spiders were common among the longer grass. The anabranch itself was being worked (overtime?) by a nankeen night heron and an egret who stayed put long enough for everyone to photograph them.

Thanks go to those who provided photos and very special thanks to Sarah for her initiative and hard work in fostering and extending valuable wildlife habitat along this section of the bank, and for coming along to explain her work with such enthusiasm. 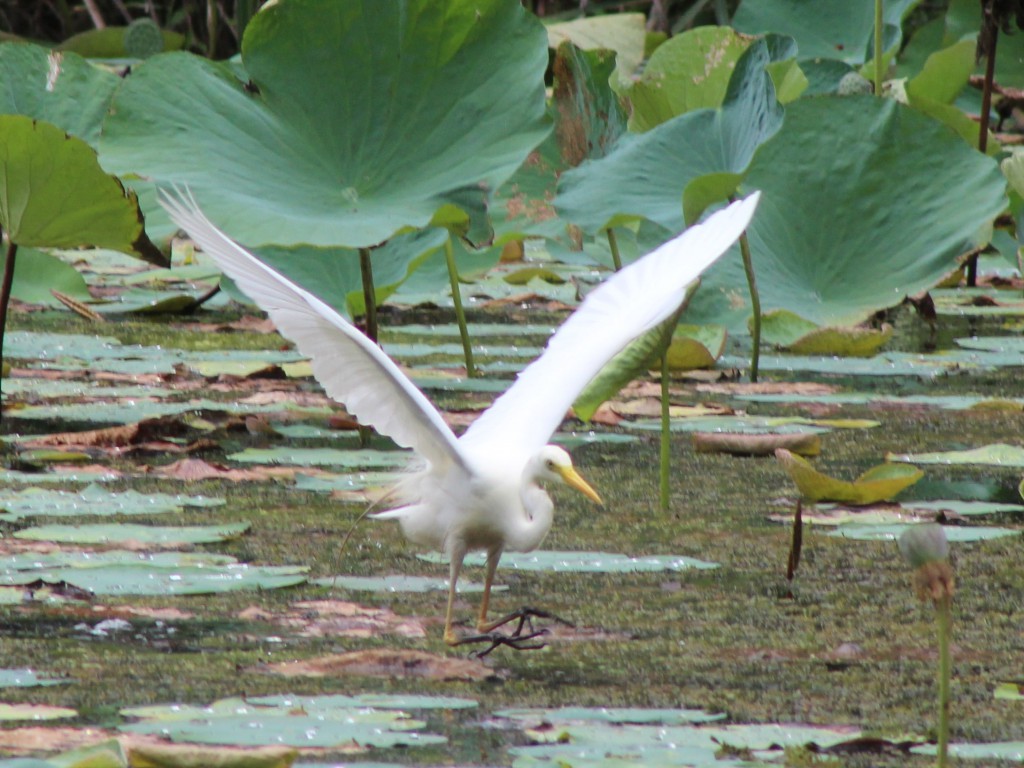