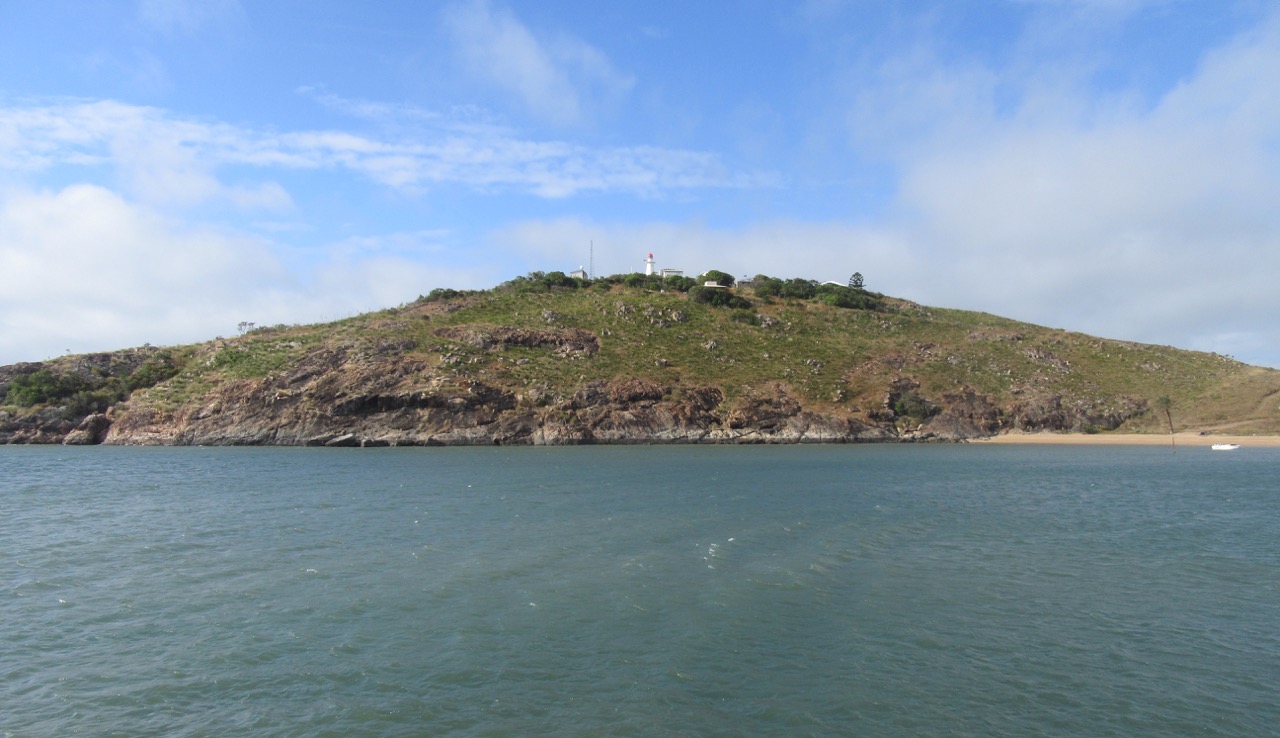 Cape Cleveland and its beacon in a brief moment of sunshine.  Photo L. Downes

Our “June” outing was, somewhat bizarrely, held on 2nd July in order to join Sealink’s cruise to the Cape Cleveland lighthouse which was constructed in 1879, automated in 1987, and is now heritage-listed. The wind had been 20-25 knots for days so the 45 minute trip across the bay was quite choppy and also lacking in whale sightings. This was disappointing as Humpback whales had been sighted in Cleveland Bay the previous week. 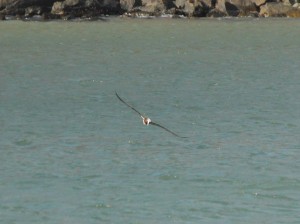 We arrived off the beach below the lighthouse, and as there is no jetty, were ferried ashore in groups of 12 on a barge skippered by the area’s custodian, Ray Boundy. There were 96 people on board (only 17 of us) so it took a while. A Brown Booby and a Crested Tern (photo below) circled around us as we waited to go ashore. Neither sighted anything to dive for and they moved away. From the beach a fairly steep and winding road led to the lighthouse. In one section where the road is on top of a narrow ridge with views to the sea on both sides, the wind was so strong that trying to stay upright to take photos was difficult. 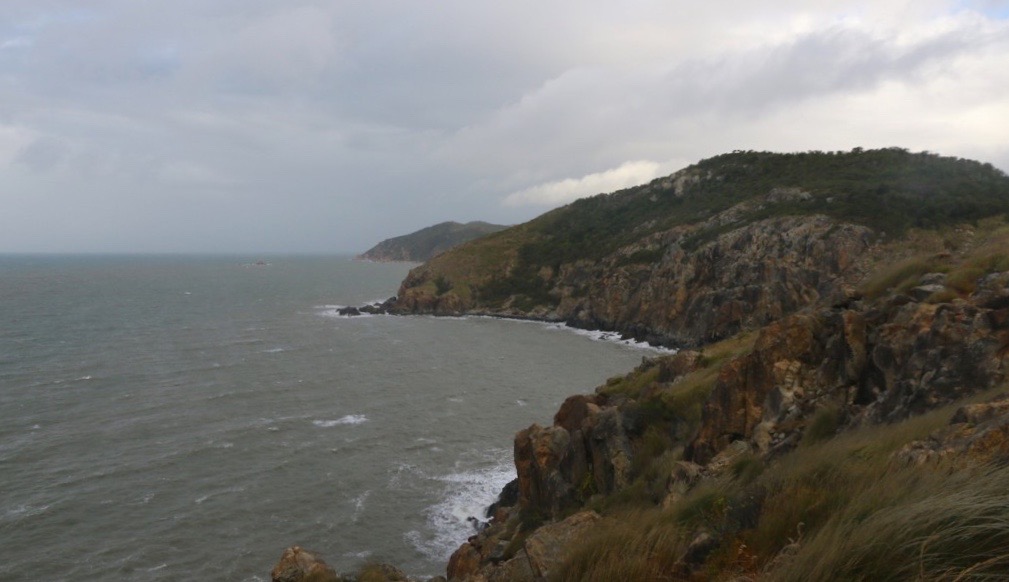 The hillsides were covered with waving flower spikes of grass trees, Xanthorrhoea johnsonii, and beside the road the Acacia simsii and sandpaper figs (Ficus opposita) were small stunted bushes, though mature. The wattles had seed pods and the figs had large numbers of golfball-sized fruit. Larger trees, including Callistemon and cocky apple (Planchonia careya), grew only in more sheltered areas. Some of the grass tree flowers were dripping nectar but, presumably because it was so windy, no insects or birds were taking advantage of it. In fact no one saw any small birds at all that day. 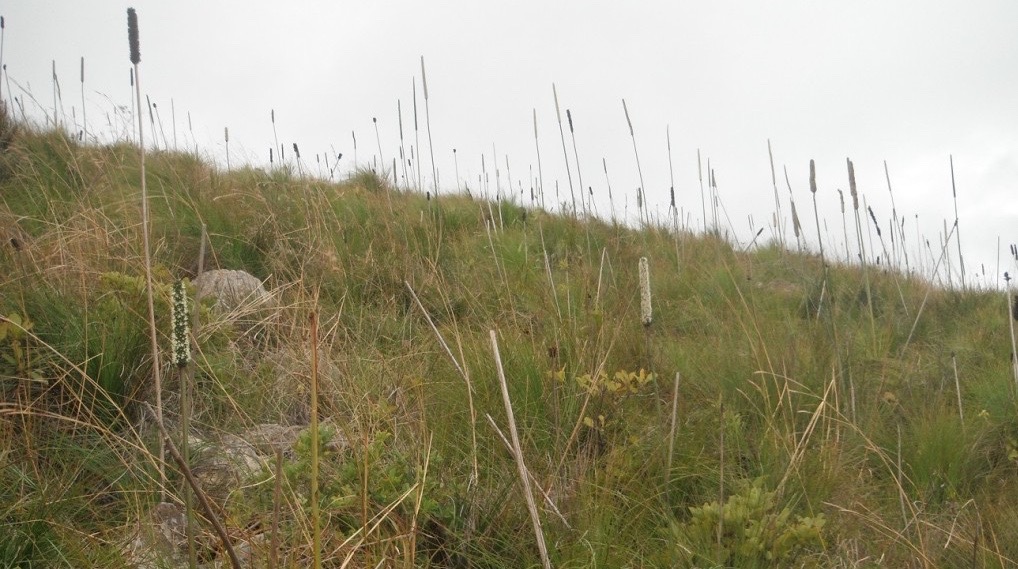 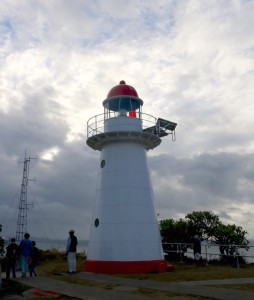 At the top was the lighthouse which was initially by-passed by those attracted to the hot drinks and scones being served at the nearby out-buildings. The lighthouse of iron plates bolted to a timber frame was looking bright and shiny having been recently repainted, but some of us wondered how it had sustained a large dint in its metal roof when it is 64 metres above sea level and all trees are well below it. While standing there for 138 years it has been exposed to cyclones and human clumsiness, either could be implicated. Of the vessels wrecked in the area there were four after the lighthouse began operation. What went wrong? In the bay below the lighthouse a dozen or more green turtles were feeding (see photo below). Trying to count separate individuals only once was difficult.

The cottages, built in 1953, are still used for various purposes including a museum with photos from the lighthouse’s history. Helicopter rides were available for a brief flyover of the Cape. One member eagerly took advantage and said it was wonderful. The rest of us were happy to be unadventurous that day. After a short period checking out what was around, people gradually ambled down to the beach where the barge was ready to start taking us back to the ferry. While we milled on the beach there was a Striated Heron standing on a rock just above sea level on the point to the south and a Brahminy Kite over the hill behind, to add to the very short bird list.

The wind had dropped by late afternoon and all white caps had disappeared, so the trip back to Ross Creek was much calmer than before. This made it easier for Sealink staff to circulate trays of food without disasters, and more enjoyable for those who’d been a little queasy on the way out (and less worrying for those sitting near them). Although 11-year-old Max had seen dolphins as we left the harbour on the outward journey and was convinced he saw a whale surface briefly on the southern side of the Cape, regrettably there were still no whales for the rest of us. Do click on photos for clearer viewing. 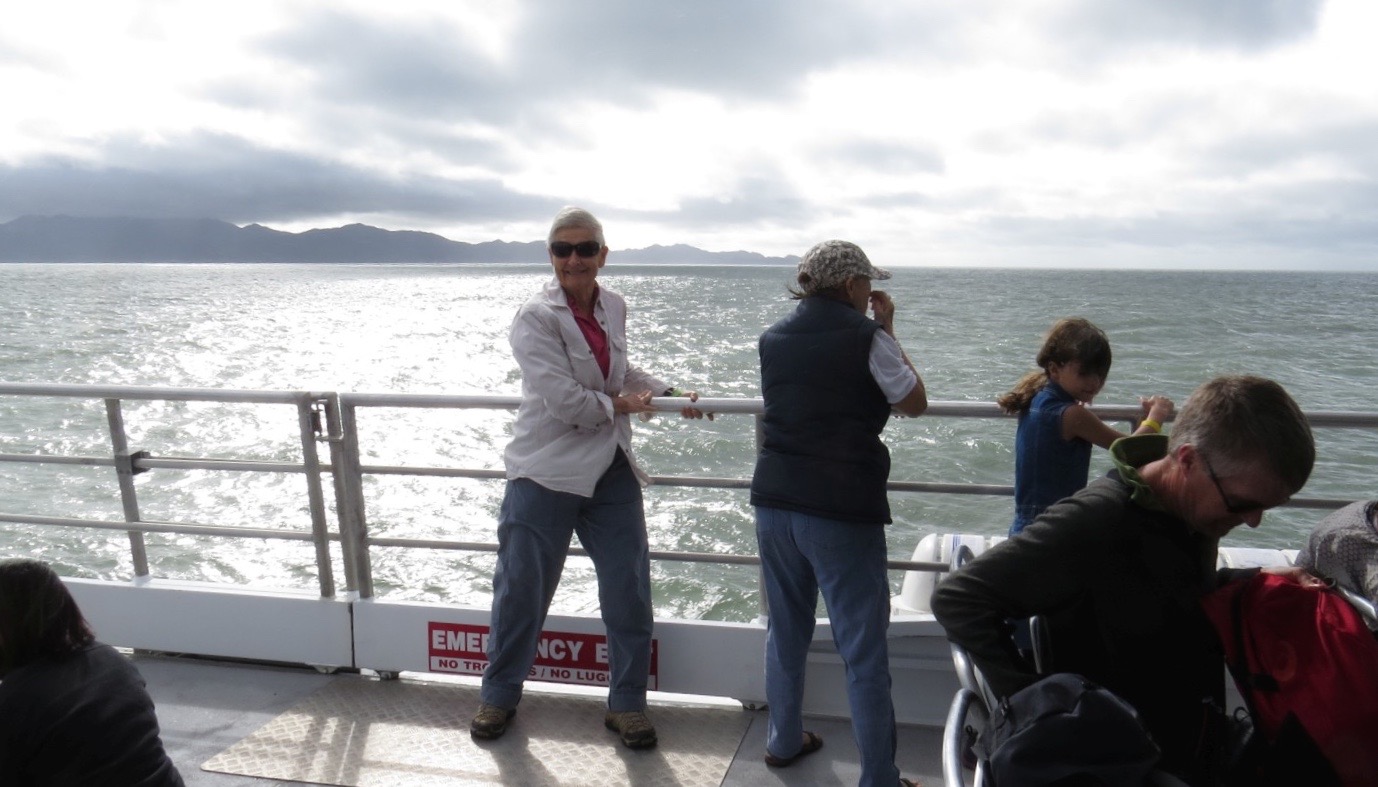 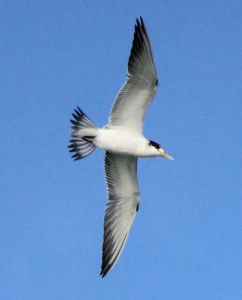 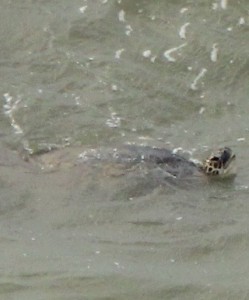