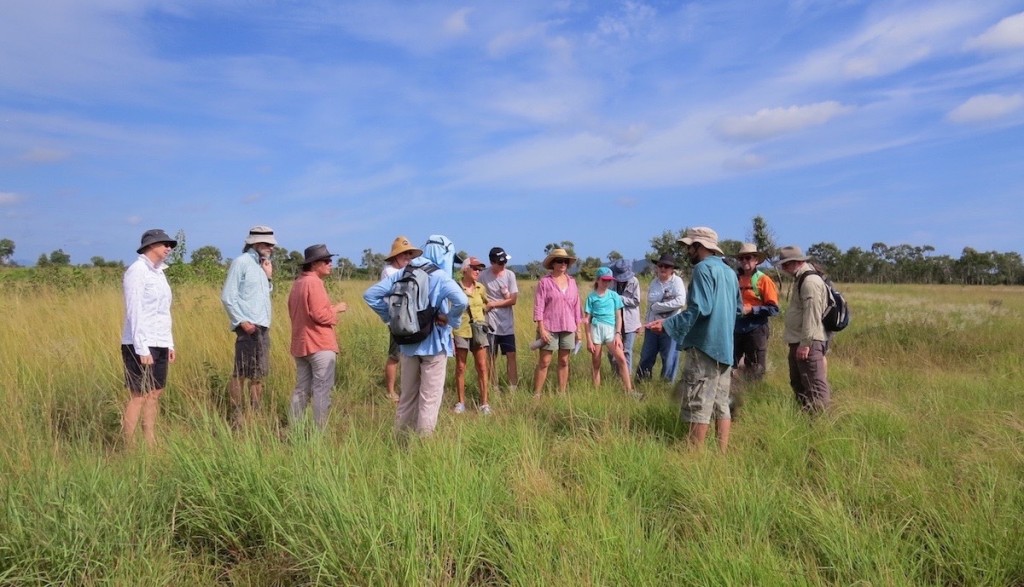 Some of the group examining the flourishing grasslands. Photo Bernadette Boscacci.

It’s always difficult deciding where to go for a February outing as it is usually very hot or raining or both. We decided on the Mundy Creek Catchment Care area as it is easily accessible for most people and if rained out, would only be a short walk back to the cars. It turned out to be a hot sunny day as a group of 24 gathered at the footbridge to listen to a brief introduction by Bernadette Boscacci who has been instrumental in setting up the Landcare group and the ongoing rehabilitation work. 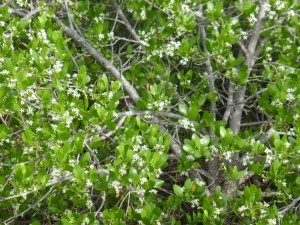 The area lies in between Garbutt and Old Common Rd, and is mainly open grassland becoming saltpan at the edges. Mundy Creek itself was once a perfectly respectable series of fresh waterholes that became a creek in the wet season. Over the years it has been degraded into a straight drain which is tidal at its new mouth beside Rowes Bay Caravan Park. Drain or not, the freshwater part is lined with the sedge Schoenoplectus refractus. Leaves of Nymphae and Nymphoides waterlilies and Marsilea lie on the open water surface, and dragonflies, white-breasted wood swallows and welcome swallows work along it. The black mangrove Lumnitzera racemosa was flowering on the seaward side of the bridge and the numbers of this mangrove and Avicennia marina increased downstream. Back from the sedge, native trees have been planted to increase habitat options. 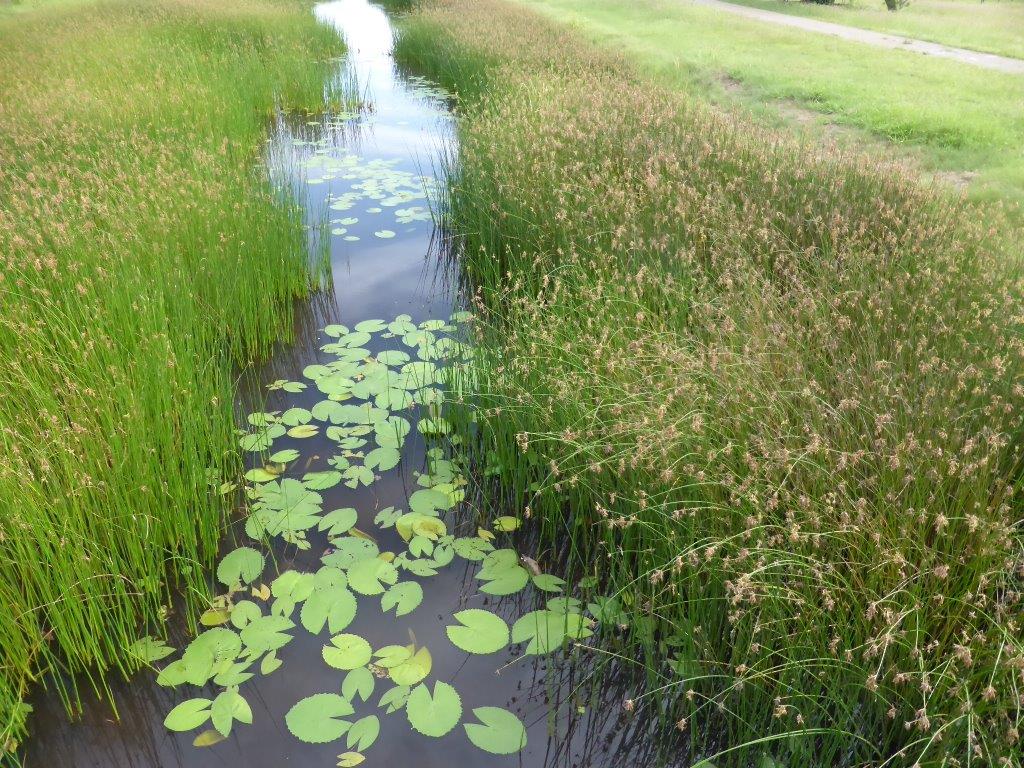 While bower birds, rainbow bee-eaters and magpie-larks were present, the most conspicuous birds were the golden-headed cisticolas. Their calls were insistent and a number could be briefly seen fluttering above the grass before disappearing into it. 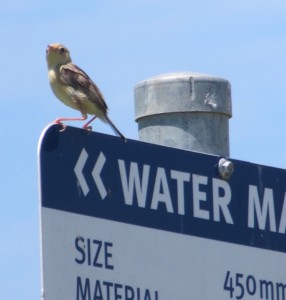 Occasionally a male would sit on a branch or an unphotogenic council sign long enough to be photographed. Some people were lucky enough to hear and see the singing bushlark which is also found here. Animals that require long grass for nesting or providing food and shelter are often severely disadvantaged by the cultural prejudice that has so much grassland burnt, mown or herbicided. Too many people, including councils, equate long grass with ‘vermin’ when in fact it is home to protected native animals. The Mundy Creek group are hopeful these grasslands will receive proper protection and that they can be involved in their management and care. Nanette Hooker has identified 11 native and 10 non-native grass species here and is preparing a booklet on the Mundy Creek grasses. 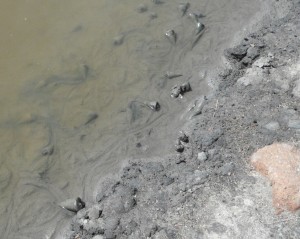 Without much shade it was hot following the creek to the road, and at that point the group split up, most turning back, but a few of us crossed the road and followed the creek as it became a mangrove estuary beside a saltpan carpeted with a pink flowering samphire (Sesuvium portulacastrum or purslane), and bordered by Melaleucas. Other mangroves such as Rhizophora, Ceriops, and Aegilitis lined the banks where a striated heron hunted, a mangrove gerygone called and where the mangrove or mud whelks, Telescopium telescopium, lay semi-submerged in the … mud! A hardy group of five pressed on past the cemetery, following the creek all the way to Rowes Bay – where they were rewarded with beautiful shade and a very refreshing sea breeze.

Many thanks to Bernadette and Peter for being our guides, to Denise for this write-up and to those who supplied plant identifications and photos. As always, click on individual photos to enlarge and remember that images posted here may not be reproduced without permission of the photographer.

The Mundy Creek Catchment Care group has monthly working bees on the first Saturday of every month, between 4.30-6-30 pm (or 4-6pm in the winter months). You would be welcome to go along to help with weeding or planting, or simply to have a chat, do some bird-watching and admire the beautiful golden light on grasslands, water and the slopes of Castle Hill, while fanned by the afternoon breeze.