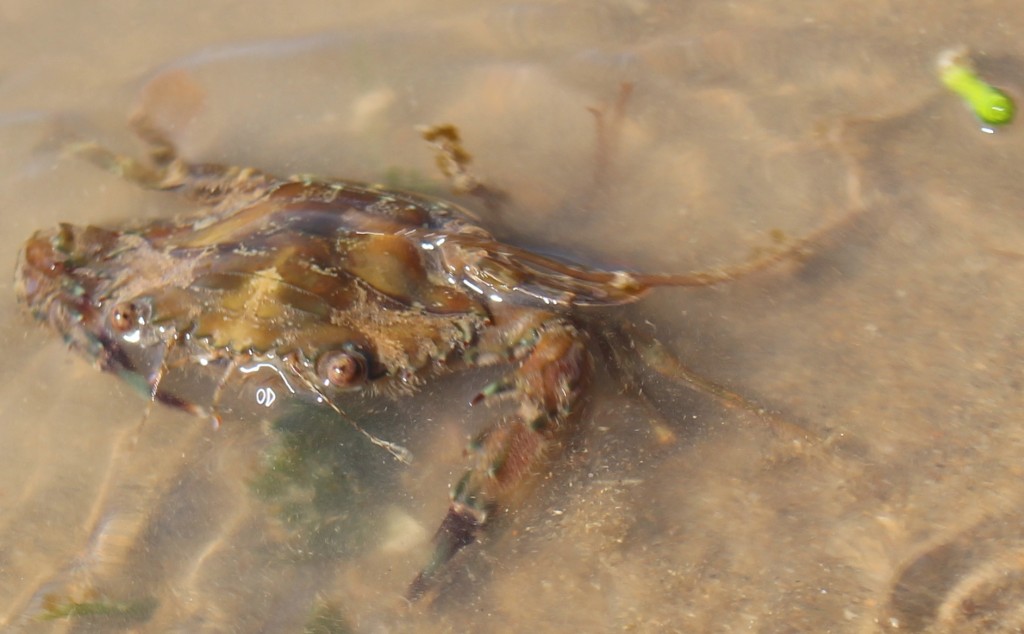 Our low tide walk at the southern end of Rowes Bay, around the corner of Kissing Point, attracted our biggest attendance in recent years, with 36 people including several children. A clear sign that people love the opportunity to get up close and personal with our weird and wonderful marine life, especially when it’s right on our doorstep. 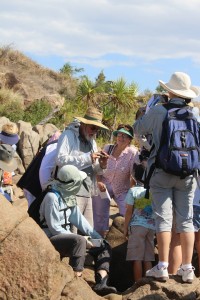 We were extremely fortunate to have retired JCU marine biologist John Collins as our guide once again. Even after 45 years of scrabbling around on our beaches John has never lost either his enthusiasm for this environment or his ability to communicate it. His account of our discoveries follows.

The visit to Rowes Bay rocky shore started with a quick talk on the Garabarra Lawn. We discussed how the edge of the sea is complicated by the tides that cause different regions of the shore to be inundated with sea water for different amounts of time. This makes the upper shore a difficult place for marine animals and plants to exist.

As we moved down the beach towards the sea the first animals we encountered were very small gastropod snails. They are so high on the shore that they are only occasionally wetted by seawater. Their algal food consists of fine threads of bluegreen algae living among the granite rock crystals. This same plant food appears further down the shore where it looks like patches of tar. Food does not seem to be a limiting factor in the lives of many species of snails on this shore. At about mid-tide level larger and more diverse herbivores were encountered. These included  Nerita (at least three species), Planaxis (Cluster Wink), the large Monodonta and a variety of limpets. 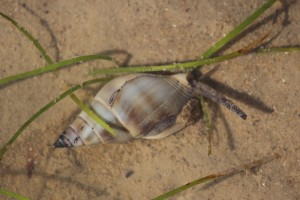 Limpets are gastropods that no longer have spiral shells. What is interesting is that they come from a very diverse ancestry. We saw Siphonaria (which is related to the pulmonate land snails), Chizacmea, Patelloidea, Cellana and, much further down the beach, the Keyhole limpet Diodora. Although most of these herbivores are mobile they tend not to move any distance from where we found them. The limpets always return to exactly the same place after a feeding wander.

The barnacles (crustaceans) and the oysters are fixed onto the rocks, having arrived there as small planktonic larvae. They are both filter feeding animals, in the case of the oysters they suck water through their gills and sort out very fine food particles from the often quite silty coastal water. Barnacles filter larger food particles from the water by beating their legs that are covered in fine hairs.

On the lower shore, close to the edge of the sea at low tide, the number of plants and animal species increased dramatically. The algae included Padina, Neomerus, Enteromorpha, Udotea, Amphiroa and crustose red algae. On the sandy regions between the rocks the sea grass Halodule was quite abundant (this is a flowering plant – not an alga). 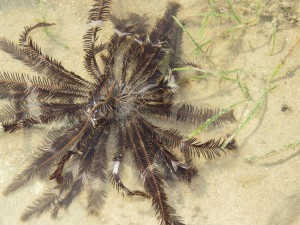 One of the crinoids found at the tide’s edge. Photo Julia Hazel.

In the pools under and around rocks of the lower shore the swimming crab Charybdis (see top photo) and the black holothurian Holothuria atra (see below) were located. Looking rather drab and exhausted a few crinoids were found.

Off-shore in the shallows, the parchment tubes of some polychaete worms could be seen waving as the small waves passed by. Some of these curious zigzag tubes were found washed up on the beach. If the tide had gone out a little further we would have seen that the inhabited tubes only had a few entrances near the tip of the tube. All the old entrances would have been sealed to prevent intruders.

On the way back we made a detour to a rock on which I had found some small (very small) snails that I had not seen for long time, and thought they might have become locally extinct. These snails (six) were the only ones found after about an hour’s search of the area. Their name belies their size, Peasiella roepstorffiana. Sounds like an aristocratic relative of a Russian czar! 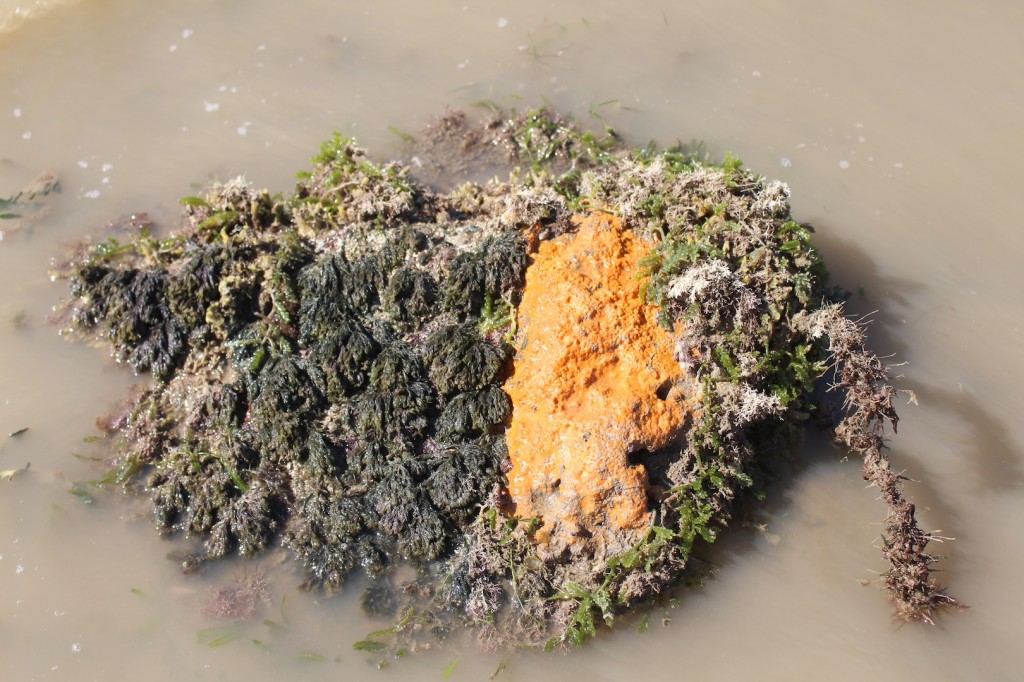 Thanks so much, John, for this account and for sharing your time, knowledge and enthusiasm with us – we look forward to a sandy shore outing next year, at Pallarenda! For photographs, thanks go to Melissa, Julia and Margaret. Do take time to look at the full set of Julia’s photos here and Melissa’s here. When looking at Melissa’s use the table below to match the species (identified as far as possible by John) to the numbered photo: 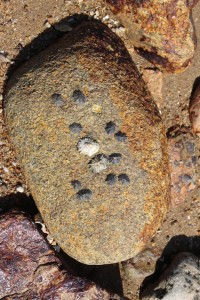 Member Lynn Scott-Cumming also posted 2 photos on the ABC Open site which you can view here and here. 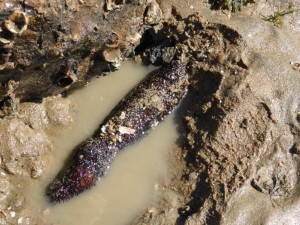