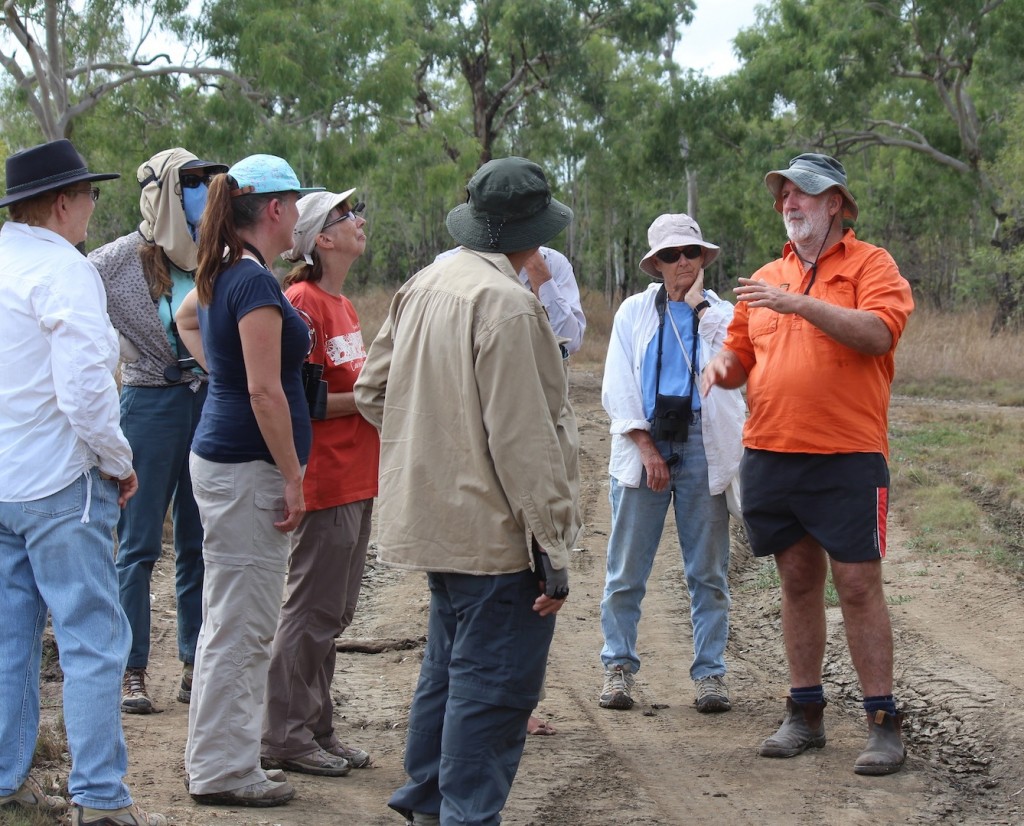 Jon shares his knowledge of the area with the group. Photo Melissa Copnell.

A group of 14 gathered last month ready to explore a little-known area south of Townsville in the company of our expert guide, Jon Luly. The turn-off to Jerona is about 10km south of the Haughton River bridge and following Jon along this road we made various stops to look at the changing landscape, vegetation and land use. 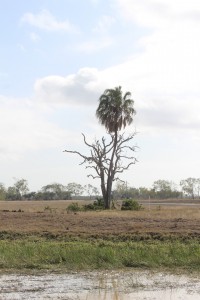 At our first stop, surrounded by drought-stricken cattle paddocks dotted with bloodwoods (Corymbia tesselaris) and the odd Livistona palm (L. decora), Jon gave us an insight into the constant change which landscapes undergo through time, despite  appearing to us as permanent or only changed by human activity. In particular, he explained the evolving nature of the Burdekin River whose course has moved back and forth as a result of natural erosion processes, with its delta expanding and retreating as sea levels rose and fell. It was intriguing to realise that the nearby creeks known as the Barrattas occupy an ancient channel of the Burdekin, now some 40kms away. While the landscape at this stop was heavily modified by agricultural use –  cane paddocks in the distance, their flatness achieved by the practice of laser levelling, and close to hand evidence of tree die-back and cattle trampling – Jon pointed out that even cane can host a diversity of wildlife, and that the cause of die-back in this location was uncertain but unlikely to be caused by grazing.

Near the road a small excavated pond provided water for cattle, but also for birdlife – as we observed from the presence of both herons and egrets. Native bulkuru sedge was growing here but so were the invasive weeds, para grass and hymenachne. Some of us remembered from last year’s trip to Wongaloo, that cattle were being used there to ‘eradicate’ the latter – unfortunately Jon told us that, while cattle certainly like to eat it, the plant’s subterranean tubers allow it to regrow at will. Further along the road Jon pointed out a ponded pasture area which can host huge numbers of waterbirds in the wet, though such excavation brings with it the problems of exposing acid sulfate soils. 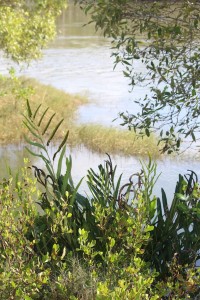 Where a small creek flowed rapidly beneath a causeway we admired several species of mangroves including the only mangrove fern (Acrostichum speciosum) and watched a pair of brolgas in the distance. Moving on, we left our cars to walk across an expanse of salt-water couch to the banks of West Barratta creek where, appropriately, a mangrove honeyeater was singing from the mangrove-lined banks on the far side, and right at our feet the attractive and unusual holly mangrove (Acanthis ilicifolius) was displaying its purple flowers. Collecting inches of rich, squishy mud on the soles of our boots, we wandered along the bank to where we could hear the chatter of a flying fox colony – safely away from suburbs and fretful human neighbours, while Russell was excited to hear the calls of a yellow white-eye. And it was at one of these stops that a couple of the group saw a ‘saltie’ slide into the creek as they approached.

As we travelled from the highway towards the coast we found the surrounding landscape full of intriguing contrasts and increasingly attractive. Some of this area forms part of the Bowling Green Bay NP and the wetlands of the Barratta Creek catchment have been identified as having “exceptionally high ecological and functional values” (Tait & Veitch, 2007). Approaching the small fishing township of Jerona, the smooth, undulating canopy of the mangroves lining the creek a little distance away to our right gave the strange impression of low, rolling hills – and as we slowed to take in this view a bustard strode past in a dignified fashion. Great photo opportunity! 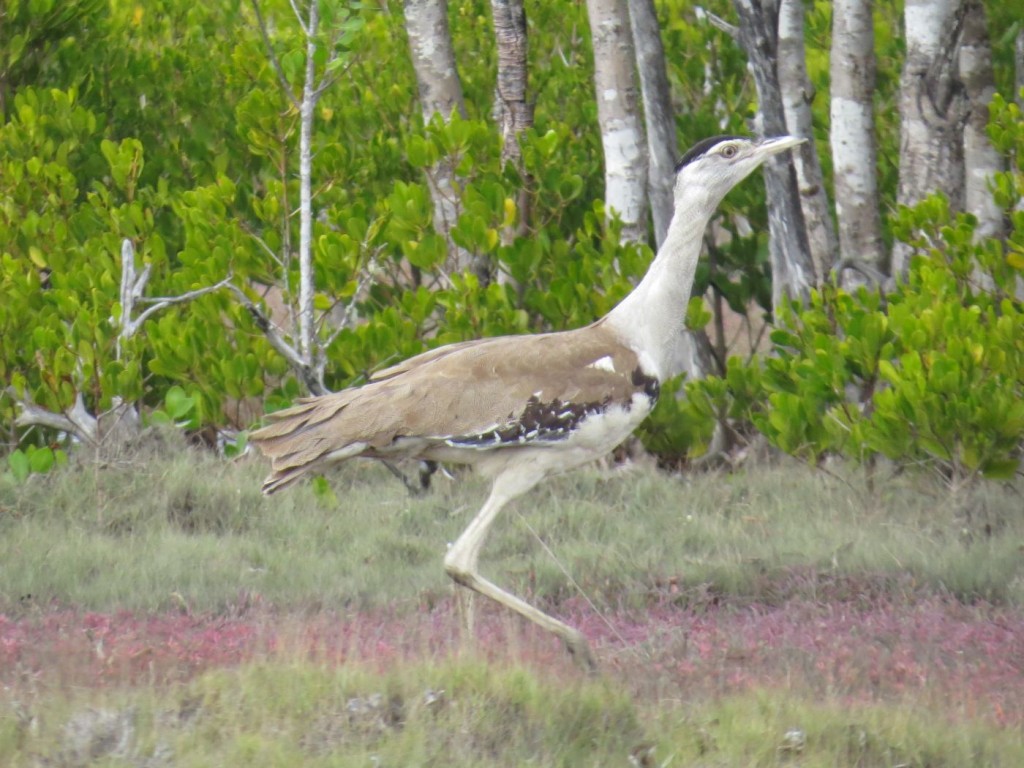 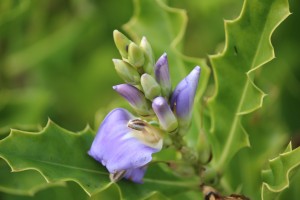 On reaching the township Dominique encouraged us to walk across the expanse of salt-bush to the edge of this mysterious mangrove forest. A recent high tide made the mud too soft to penetrate beyond the edge but the patterns of sunlight and shadow on the closely packed, textured trunks  gave the appearance of an enchanted forest – the scene could have come straight out of an old-fashioned book of fairy tales. The beautiful pink flowers of the saltbush, Suaeda australis, which surrounded us and the waving orange pincers of the fiddler crabs added colour to the scene. The mud on our shoes, and in our cars, was a small price to pay for such pleasures!

By now we were hungry and happy to take our lunch-break at the picnic tables near the boat ramp. Five of the group then left us in order to catch a few hours at the AIMS open day on the way back; Russell set out to do a bit more exploring of the area, substantially adding to the bird list, and the rest of us, at Jon and Dominique’s invitation, returned to their home at Mount Surround for a cuppa on the verandah, an introduction to some of the engaging and inquisitive flying-foxes in their care, and a walk around their property. It was a lovely way to finish the day. 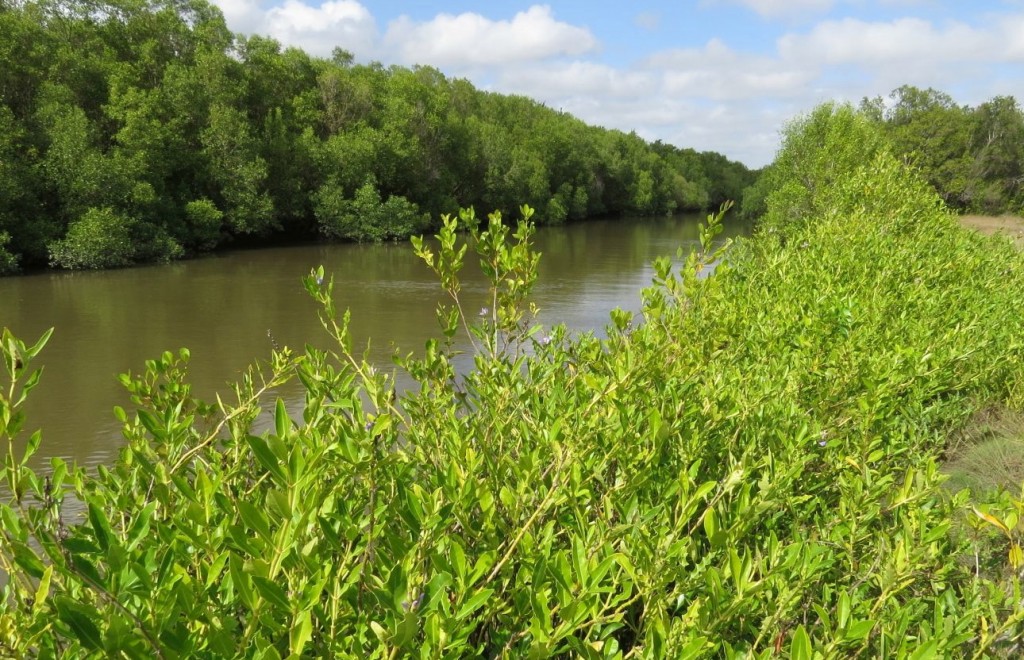 Special thanks go to Jon and Dominique for giving up their Sunday to share their knowledge of this area. Many thanks also to Melissa and Julia for sharing their photos and to Russell for plant information and the bird list (below). More photos from Melissa can be viewed here, and from Julia here. Believe me they are well worth it and I wish I could have included more in this post!

A footnote: Some readers may remember the Jerona cattle station, one of the holdings of the Drysdale family’s cane-growing company, Pioneer Stations Pty. Comprising 25,000 acres the property was declared a fauna sanctuary in the 1970s at the instigation of the Australian artist Russell Drysdale, who was one of the company’s directors. For a number of years the sanctuary provided opportunities for environmental education and other nature-based activities including trips by Townsville WQ members! 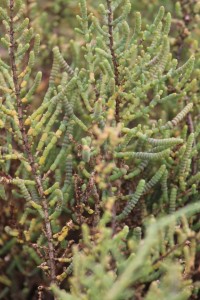 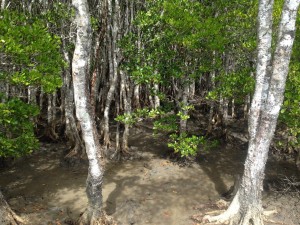