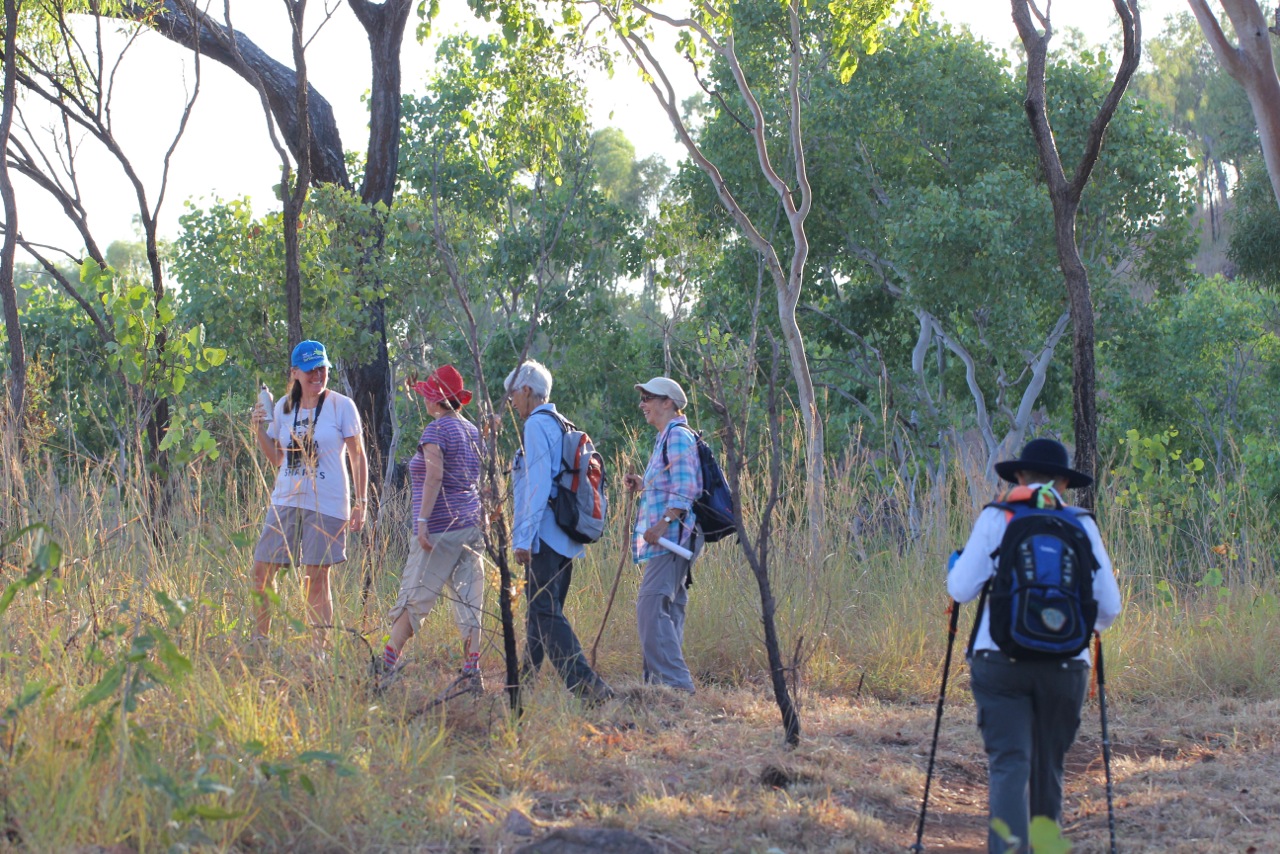 This way to the look-out. Photo Malcolm Tattersall. 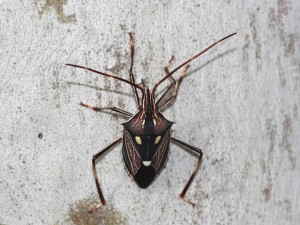 Undeterred by the early start, 18 people assembled at our meeting place in one of those quirky little West End streets that wind their way around the base of Castle Hill. It was a bright but still unseasonably warm morning as we set out for the start of the West Ridge Track and soon began the climb up this very attractive but little used route. One startled early morning walker who we met on the way said he had never seen so many people on the track before! After the initial steep ascent the gradient became gentler and we took time to diverge to a large slab of granite from which there are some great views north and east over the city, bay and islands. In the rough surface of the rock Russell showed us a much smoother, fine-grained aplite dyke which he explained would have intruded more recently into the surrounding rock but had cooled more rapidly making it smoother and less crystallised. 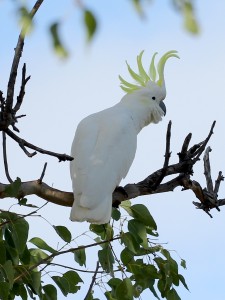 Reaching the road we continued upward until arriving at what I always call “the cockatoo tree” – a poplar gum at the top of the Ironbark track,with several rounded hollows in its trunk used by both cockatoos and lorikeets. For me the sulphur-crested cockatoo is the hill’s iconic bird and Malcolm’s photo has captured it beautifully. Descending the Ironbark Track which plunges back down to West End required care and those with walking sticks or poles made good use of them. To some extent the need to watch our feet limited our ability to look around for wildlife but Malcolm found a number of invertebrates including the shield bug (pictured), an unidentified moth and two plant-hoppers (Fulgoroideae)  A modest bird list was compiled and, if you’re surprised to see two ibis species recorded, I should explain they were seen close to where the track re-joined suburbia, but near enough to the hill to be included. Regular hill-walkers, especially those who go very early, sometimes come across echidnas, wallabies, pythons and other reptiles but the approach of 18 pairs of feet might have proved too much for them, or maybe they were already trying to escape the heat. The dryness of the terrain and bush was evidence of the total absence of Townsville’s wet season. Will we see any decent falls before the next one?

We were back at our cars in about 2 hours which allowed six of us time to head over to the Strand for an indulgent breakfast at Odyssey cafe. A nice way to finish.

Native grasses observed on the West Ridge track by Nanette, with one addition (Black speargrass) from Russell. 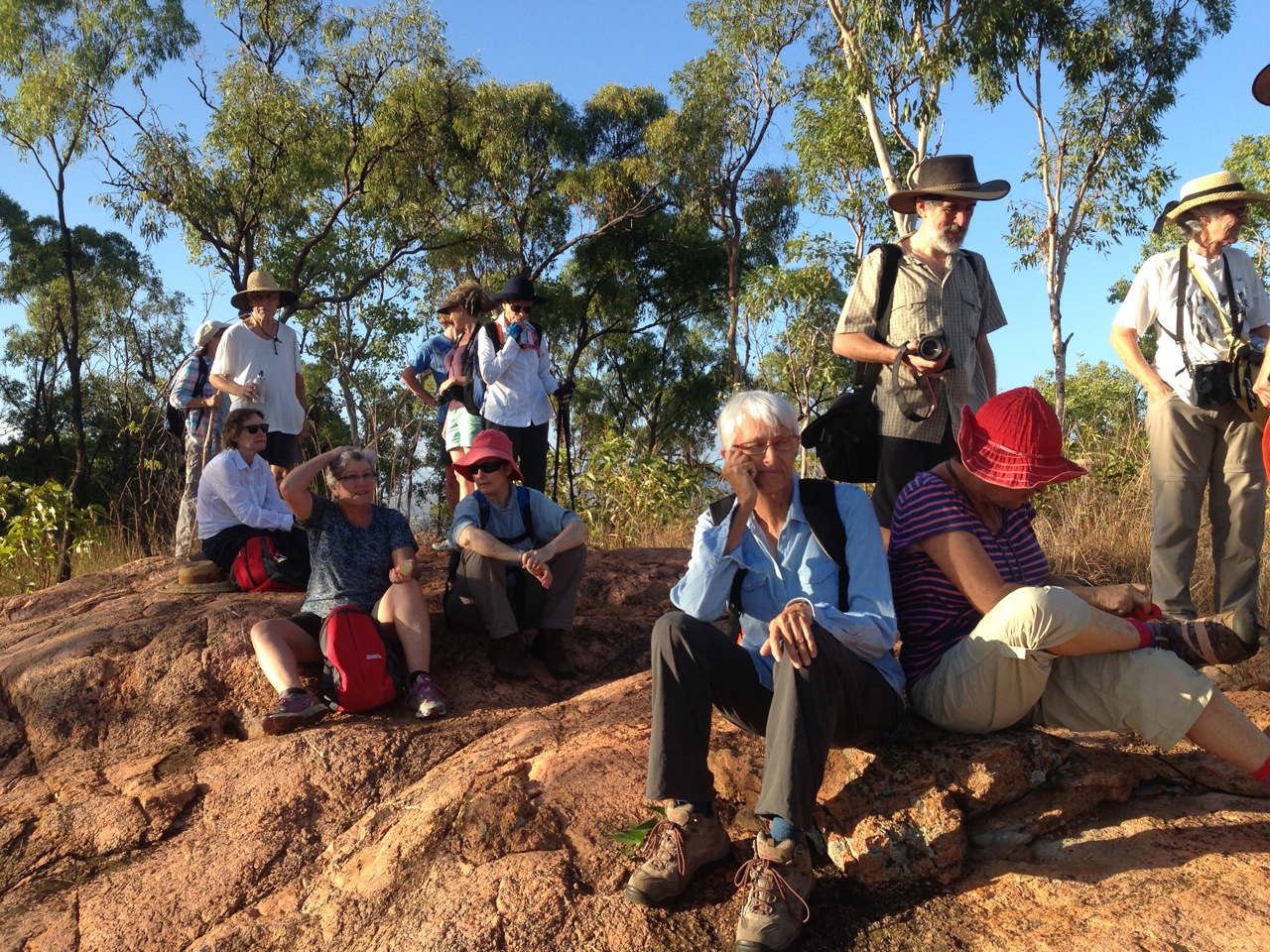