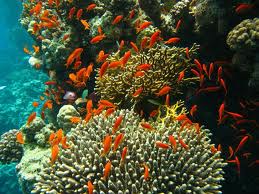 An important invitation from NQCC

On Wednesday 23rd July, 5 Australian senators will be in Townsville conducting hearings into the adequacy of the Australian and Queensland governments’ efforts to stop the rapid decline of the Great Barrier Reef. Some of the issues to be addressed will be those raised in recent submissions to the Senate committee, which you can view here. The hearings will be held at the Holiday Inn in the CBD.

So let’s show them that Townsville cares about what is happening to our Reef.

Don your brightest and best reef gear, spruce up your placards and join the smiling throng showing Brisbane and Canberra that we expect better for our Reef.

As part of the hearings the Senators will be listening to and questioning various experts in the field (including NQCC). During the lunch break some senators, including Senator Larissa Waters and Senator Anne McEwen, have indicated they will come and talk with members of the community about our views.

So bring a sandwich, join the rally and help maintain the pressure.

The hearings will be held in the Pandora room of the Holiday Inn where limited seating will be available for those who are able to sit in on some or all of the proceedings which start at 9am. The schedule for the Townsville hearings and copies of the submissions are now available from this website*

First cab off the rank will be Wendy Tubman and Jeremy Tager (the latter via videoconference) from NQCC, followed by spokespersons from CAFNEC and ASH*. Later in the morning will come Dr Jamie Oliver from AIMS, followed by JCU researchers Jon Brodie and Prof Terry Hughes and the director the Association of Marine Park Tourism Operators. After lunch will come Geoff McPherson, an expert on acoustic pollution in marine environments, and representatives from IFAW**, Animals Australia and GBRMPA.

*PS As of 30 July transcripts of all sessions are available from the above website.