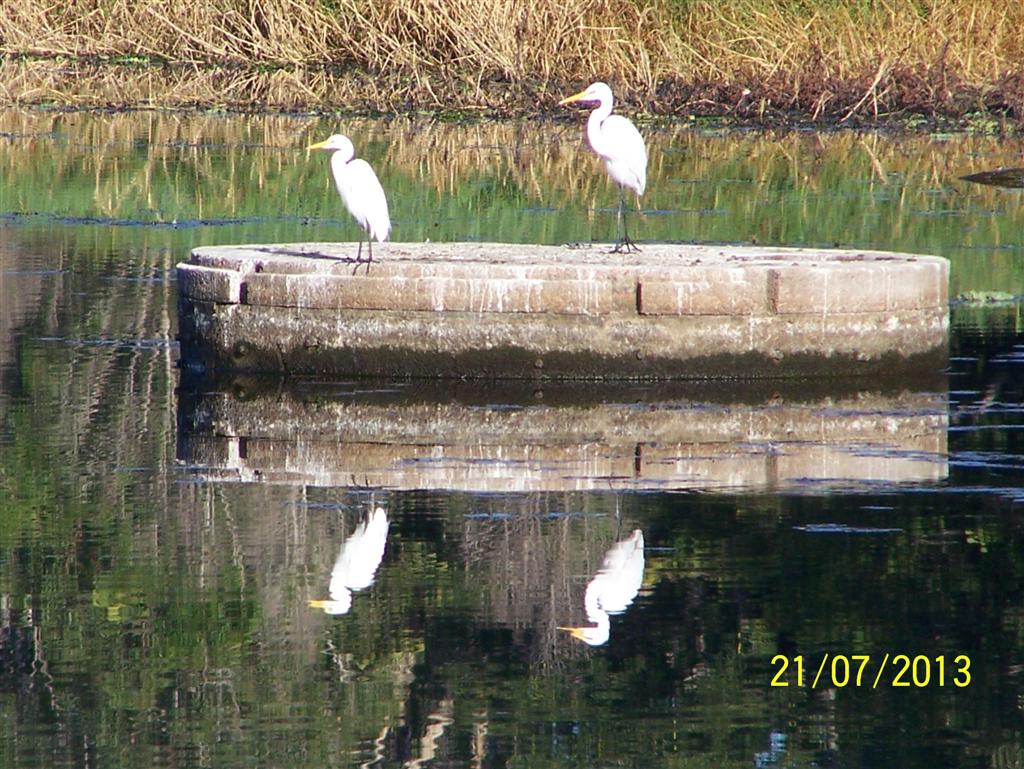 Who would have thought that an amble round the Ross River’s suburban banks would bring our biggest bird total to date, surpassing locations like the Town Common, Lake Ross or even the Tyto wetlands? Who would have thought we could take nearly five hours to cover 6km of level, bitumen footpath? Well – it did and we did! A final total of 54 native and 4 introduced species was certainly beyond expectation. It was the more surprising given that some species (magpie goose, black duck) which one might expect to be guaranteed sightings had gone AWOL on that morning – presumably a little further upriver.

Starting with a stroll through the Bush Garden – where some of us had laboured with our Landcare friends last year – we found lorikeets noisily feeding overhead and drowning out the sounds of other birds. However creeping closer to the water brought a sighting of a reed warbler …. or, was it? One birder who did not see it but heard a distinctive call, thought it might have been a tawny grassbird?? I’m not buying into that debate since I neither saw nor heard it, though reed warblers are apparently known to frequent that area. 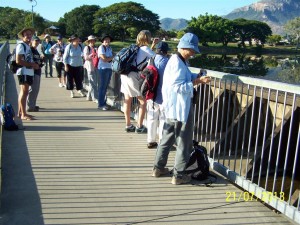 Crossing the footbridge where a striated heron was fishing. Photo Laurie Hall.

On the footbridge across the weir a striated (mangrove) heron was crouched, almost perfectly camouflaged against the grey concrete, while in trees overhanging the river on the Annandale side a beautiful Nankeen night heron flew into land within close view of most of the group. Moving on downstream rainbow bee-eaters were busy and vocal (their calls always sounding to me like a distant referee’s whistle), two pairs of Australasian pipits were happily pottering close to the path, and black-fronted dotterel were at the river edge. The upper half of a jabiru could be seen half-way across the river, and a number of wallabies were apparently feeding on the salt-water couch. The activity of several pairs of bowerbirds interacting with each other drew our attention to the first of three well-decorated bowers all close to the footpath – it would be interesting to leave a desirable ‘ornament’ at one of them and see how many times it changed owners. 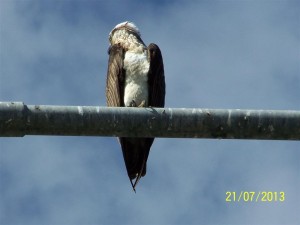 After negotiating the Bowen Road underpass we found ourselves under the watchful eye of an osprey perched on a light pole above the bridge and a short detour into Jackie and Ken’s garden, adjacent to Sherriff Park, enabled us to add their family of stone curlews to the growing bird list. Native plantings along this stretch of bank were clearly popular with honeyeaters, flycatchers and whistlers. A sad discovery was the almost hairless, recently deceased body of an infant possum, lodged in the fork of a small melaleuca. There could be no way of knowing what had happened to its mother or how it came to be there. Possibly Mum had been chased by dogs and baby had become dislodged from the pouch and managed to climb a short way up the tree. It’s not pleasant to think of some more deliberate human involvement.

I think we were all surprised at how much there was to see in this urbanised and mostly well-manicured environment where introduced plants easily outnumber the natives. Certainly this circuit of the river between Aplin’s weir and Bowen Road (known officially as the Wetlands circuit) deserves a big tick for its urban birds.

Of the thirteen members and friends who came along we were pleased to welcome two new faces (Ailsa and Jennifer), one second-timer (Margaret) and one ‘ex-pat’ – former president Russell who was in Townsville for a brief visit. Ailsa and Russell were both good value when it came to bird-spotting and identification. Thanks once again to Laurie for his wealth of photographs – don’t forget to click on the images to enlarge.

In the bird list below the 4 introduced species are marked with asterisks. 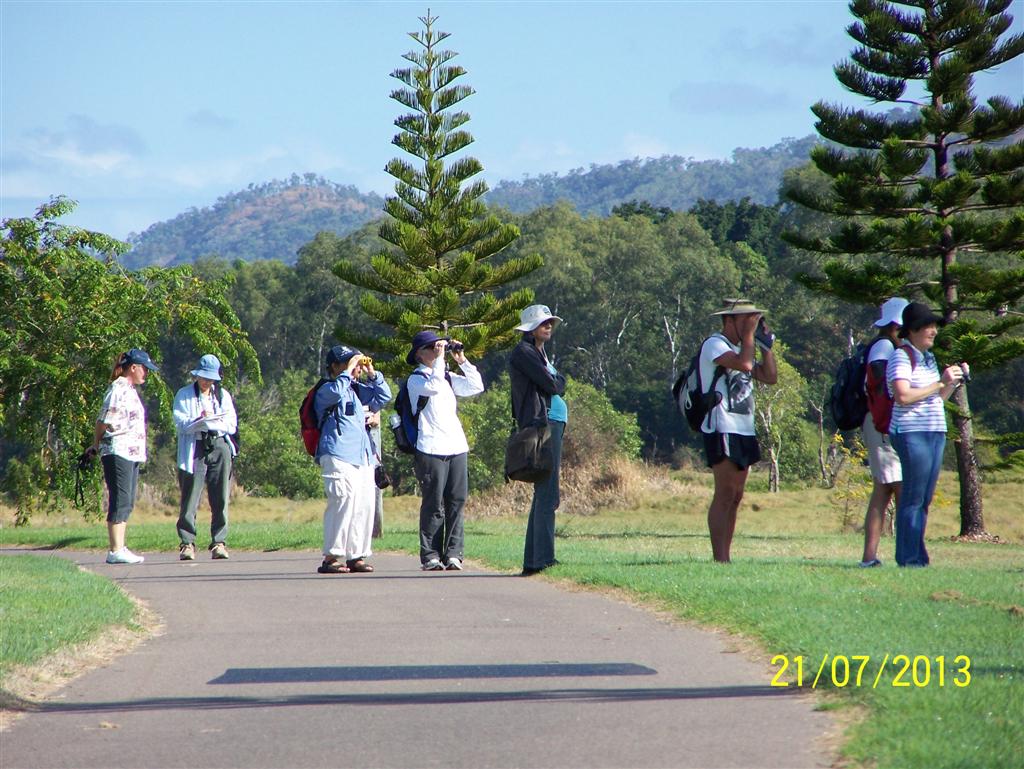