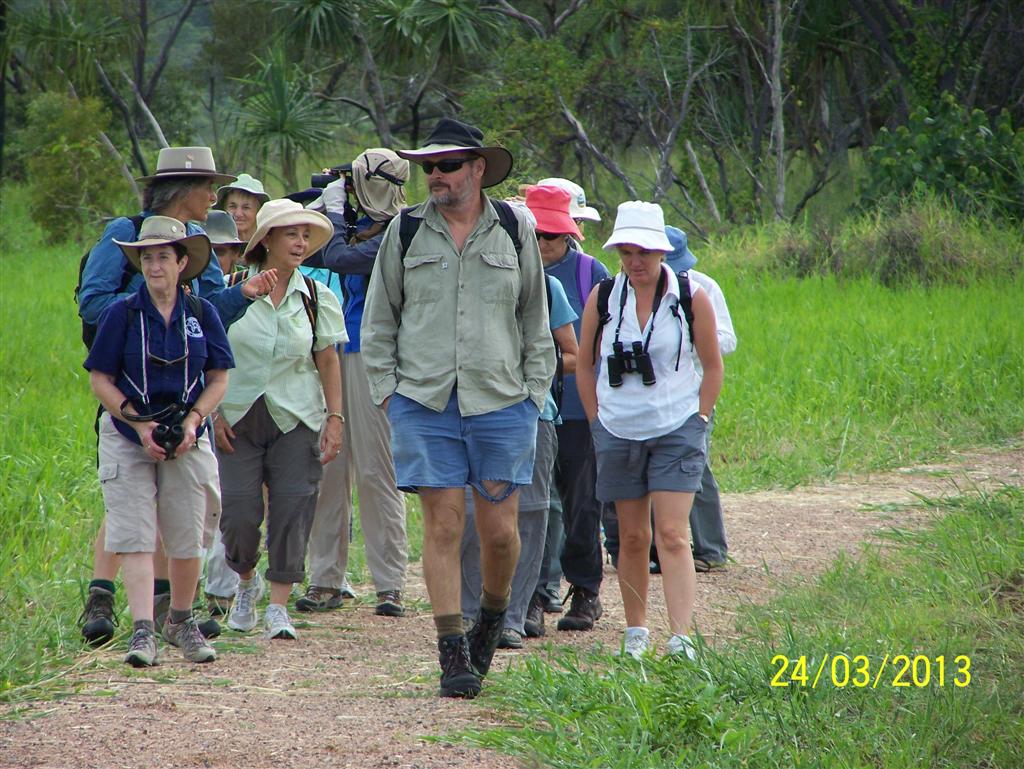 A keen group of wildlifers on the new trail. Photo Laurie Hall.

Our March field-trip attracted an enthusiastic group of fifteen members and friends to walk the recently-completed Freshwater Lagoon Loop Trail on the Town Common. This 7.8km trail may be walked easily in either direction, and with just a little confusion from your guide and scribe – who has enough trouble with left and right, let alone clockwise and anti-clockwise – we set off from the bird-hide car park towards Bald Rock. Crossing the new track atop the dam wall at the end of the lagoon we enjoyed the sweeping views across the salt flats on our left, bordered by the Blind-your eye mangrove (Excoecaria agallocha) and Black mangrove (Lumnitzera racemosa). To our right, the lagoon’s bulkuru sedge sprouted the heads of egrets, magpie geese, spoonbill and jabiru. 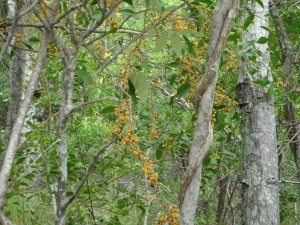 We were glad of the cloud cover on this treeless stretch and by the time the sun emerged we had reached the intermittent shade of the section running along the base of Many Peaks Range. Here the dominant trees are Eucalyptus platyphylla (Poplar Gum), Eucalyptus drepanophylla (Narrow-leafed Ironbark), Corymbia tesselaris (Moreton Bay Ash) and close to the water, Melaleuca viridiflora (Broad-leaved Paperbark). Denise photographed the vine Clematicissus opaca with its dark grape-like fruit and the small tree Maytenus disperma, with cascades of yellow fruit, while Beth noted the flowering vine Tinospora smilacina. A Lophostemon grandiflorus (Northern Swamp Box) was just coming to the end of its flowering near our drinks stop from where, across the lagoon, we could see our starting and finishing point – still a long way to go! 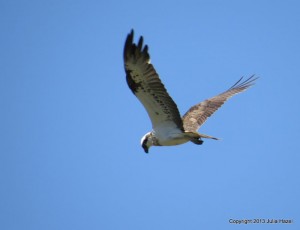 At the point where the track curls round to meet the incoming track from Pallarenda (another way to access this walk) we found a female osprey hunting and hovering above a small lagoon right in front of us. Great photo, Julia! A welcome breeze cooled us slightly although as the morning wore on, the heat was rising. Just past the Jacana bird hide we found a large fig (Ficus virens v. virens) spreading across the path, with billabongs on either side. A perfect place to pause both for the shade and the bird activity – a pair of Little Kingfishers was a special treat and a great sighting with which to end our walk. The impressive bird list confirms the Common’s fame as a birding site and you could say we were ‘rapt by raptors’ with no fewer than eight species recorded. We didn’t all see all of them, but most of us probably saw most of them. 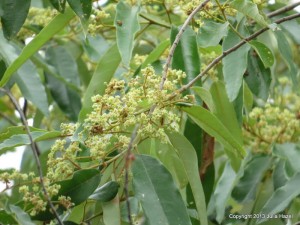 Butterflies were another highlight and were plentiful along all sections but, despite being armed with Michael Braby’s excellent guide, identification was tough. A Blue Tiger (Tirumala hamata) greeted us near the start and the orange Lesser Wanderers (Danaus chrysippus) and Small Grass Yellows (Eurema smilax) were very active along the dam wall. On the Many Peaks section there were Common Crows (Euploea core), a Clearwing Swallowtail (Cressida cressida), at least one other unidentified swallowtail and several more flutterers who preferred to remain anonymous – if only they would keep still long enough to find the right page in the book!

Efforts to control the woody weed Parkinsonia were noted and National Parks’ area manager Marty McLaughlin assures us control of chinee apple is ongoing, though inevitably a very long-term project. We appreciated Marty’s willingness to bring his family for an early bike ride around the track so that we could have a chat and provide some feedback where we intersected. This walk is a great asset to the Common and is sure to be well-used, hopefully enhancing community appreciation of the values of this conservation park within our city.

Nanette has once again produced an impressive list of grass species, divided into 3 sections of the walk. The grasses listed are all native though she noted that introduced species were dominant along two sections: Para grass on either side of the dam wall, adjacent to the Causeway Road, and Guinea grass along the Link trail (between the Pallarenda junction and the bird hides). 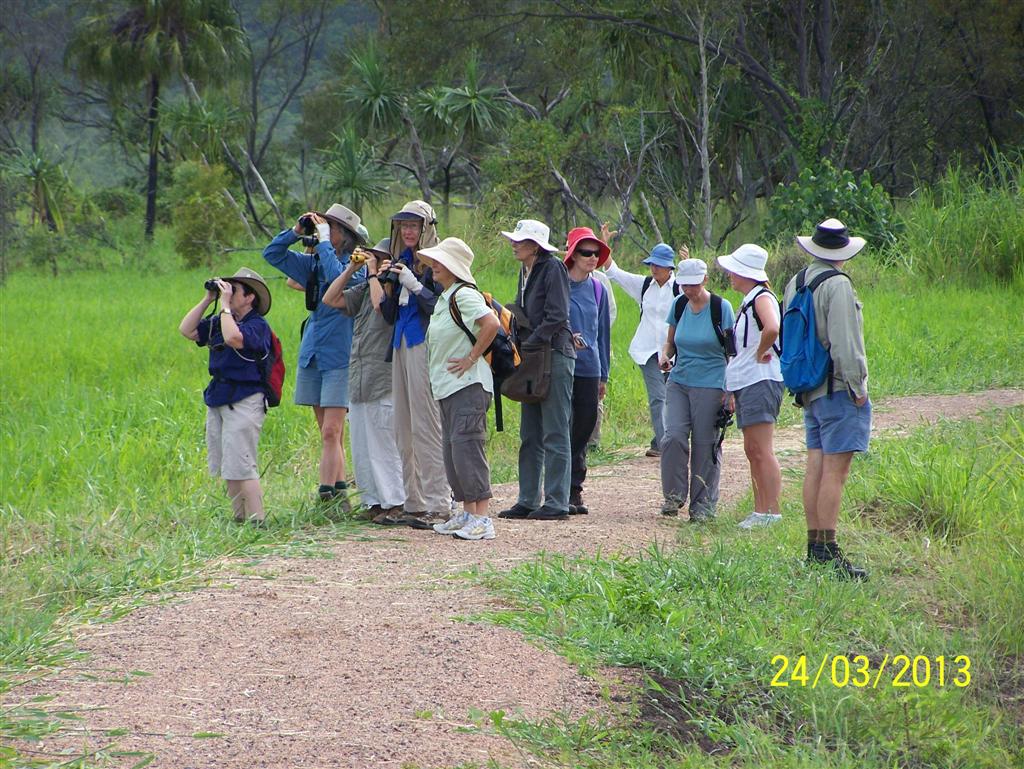